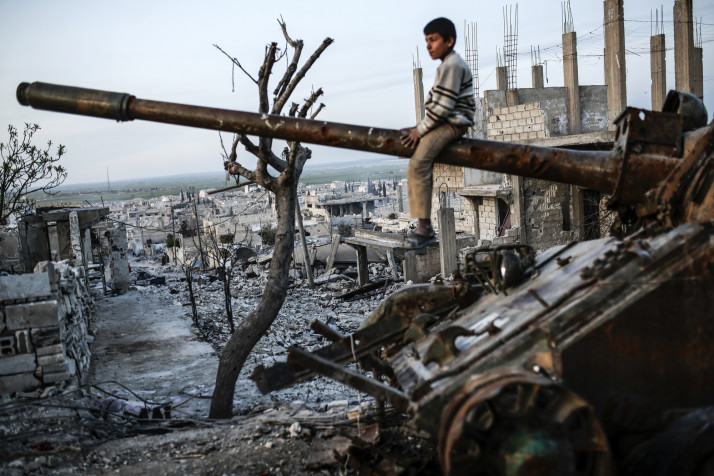 The latest ceasefire that began just before the end of 2016 remains fragile after coming into effect on Friday. Rebel groups warned that they would sideline it if the pro-Assad forces continue with their military activities.

The agreement, brokered by Russia and Turkey and enjoying the unanimous backing of members of the UN Security Council, does not include areas controlled by extremist groups namely the Islamic State, Jahbat Fateh al-Sham and Ahrar al-Sham.

The coalition of rebel groups known as the Free Syrian Army (FSA) warned that the agreement will become “null and void” if the violations and bombardments continue or if attacks on the town of Bani Warda are not halted.

The British-based Syria Observatory for Human Rights acknowledged that fighting had reduced in the country although government forces continue to target the southern provinces of Quneitra and Deraa.

The ceasefire is expected to pave the way for a new round of negotiations in Kazakhstan between the warring parties before the end of the month ahead of the UN-led talks scheduled to take place in February. Demands by the rebels for President Assad to step down have been rejected by Damascus. Analysts believe that Hezbollah, Iran and Russia are helping Assad’s forces to capture as more territory as possible before the next planned talks in order to be on a stronger position during negotiations.

Around 400,000 people have died since the protests, which turned into a war, began in 2011. It has forced more than 11million people to flee their homes.

Meanwhile, water supply to Damascus has been disrupted and the government is holding the rebels responsible as it accuses them of spoiling the Ain al-Fijeh water source with diesel fuel while images released by the Barada valley media center indicate that the site’s spring and water processing facility were destroyed by airstrikes during clashes with the rebels.