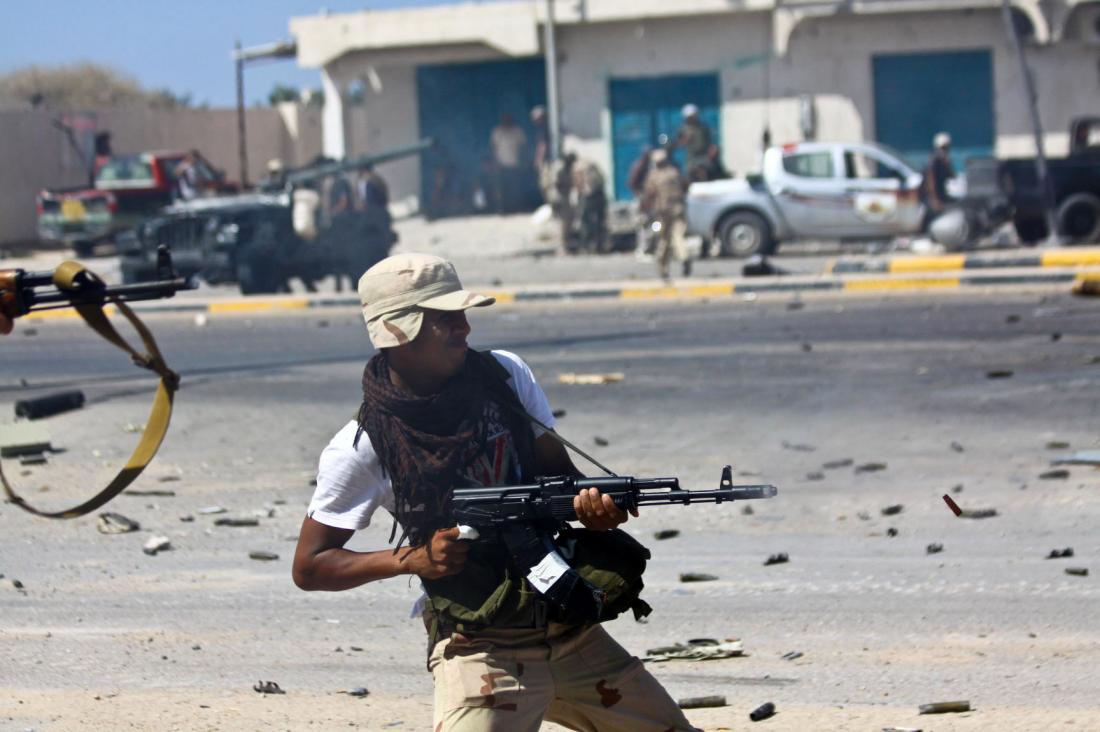 The Islamic State group (IS) has proven again it is not fully eradicated from Libya as a suicide bomber of the group killed near Benghazi 8 soldiers of the Libyan National Army (LNA) aligned with Marshal Khalifa Haftar, the same day the US announced it was ending its campaign in Sirte.

The eight men were killed at Ganfouda, a distict of Libya’s second city where the militants are still active, The New Arab reports.

“The fighting in Ganfouda is in its last stage, and terrorist group leaders are besieged inside,” said Ahmed al-Mosmari, a spokesperson of the army.

The suicide attack came Tuesday, the same day, the US Africa Command based in Stuttgart announced it was putting an end to its air campaign in Sirte against the terrorist group.

The command however announced it would continue targeting IS militants across the North African country.

AFRICOM on August 1 announced it was joining UN-backed Government of National Accord (GNA) in its offensive to take back Muammar Gaddafi’s hometown of Sirte.

Libya has been administered by two opposed governments namely the GNA based in Tripoli and Beida based government in the East. Both governments have had their own armies.

Marshall Haftar who sides with Beida government has been also waging war against terrorists in Benghazi and its surroundings.