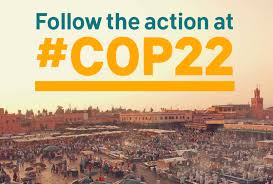 People from all around the world have taken part in a march in Marrakech to raise awareness about the need to take urgent and concrete action to save the planet.

The thousands of climate advocates who demonstrated through the streets of Marrakech called for climate and social justice during the march.

The aim of the participants was to bring justice and fairness into the center of negotiations at COP22 and to put under the spotlight the approaches relating to gender and human rights, persons with disabilities, migrants, indigenous people, children, ecosystems and water.

The march was led by a block of representatives of indigenous peoples followed by blocked led by local people with disabilities and international blocks all raising banners calling for action to counter climate change effects.

Research shows that between 2008 and 2015 more than 26 million people had to leave their homes because of natural disasters leading for instance to whole islands disappearing in the Pacific Ocean.

By 2050 more than 250 million people are in danger to lose their homes because of the impacts of climate change, most of them already being part of vulnerable groups.