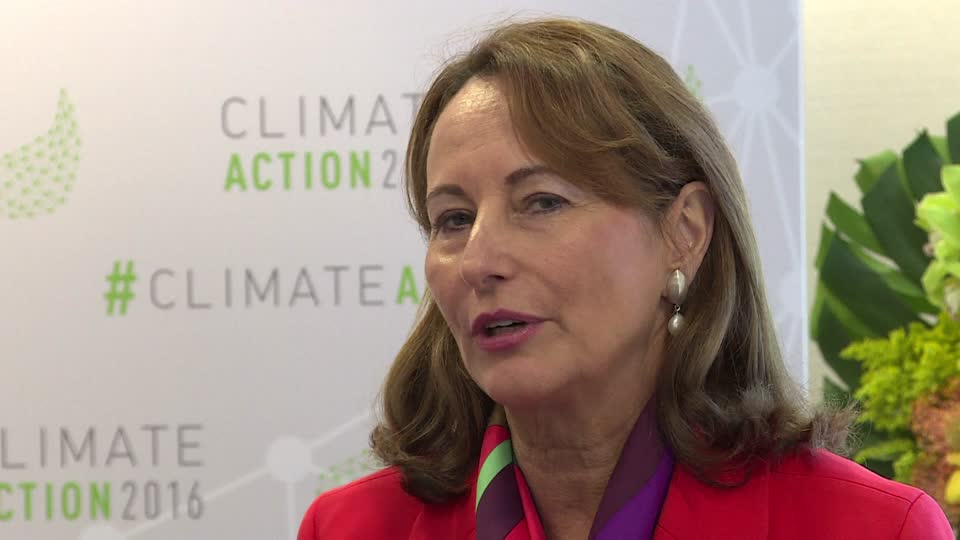 Chairwoman of the Paris COP21 Tuesday expressed satisfaction about the underway preparations for the UN conference on climate change COP22 to be held in in Marrakech.

Speaking from the world event host city, at the opening of a ministerial meeting in the build-up to the summit (November 7-18), Ségolène Royal argued that all the requirements were met for the conference to be a success.

The Marrakech Pre-COP meeting to last for two days congregated more than 70 countries represented by their ministers of environment, ambassadors, Special Envoys or Representatives. It aims at finalizing preparations for the COP22 agenda including organizing the early entry into force of the Paris Agreement (November 4) and the holding of the first meeting of the Parties to the Paris Agreement (CMA1) during COP22 in Marrakech.

Segolène Royal, also officiating as French environment minister, hailed the commitment of Moroccan authorities to make the event a success. She said during her tenure as COP21 President, she was driven by three main concerns: climate urgency, climate justice and climate efficiency.

The French official hailed initiatives by all powers and the commitment of the US and China, the two major powers that initiated the momentum of the ratification of the Paris Agreement. She also urged countries still dragging foot to ratify the document ahead of the COP22 kick-off.

French President Francois Hollande has repeatedly threw his full support behind Morocco while expressing his trust in Morocco’s capacity to host the global event. He also urged a massive mobilization for the Marrakech event that he said he would surely attend.