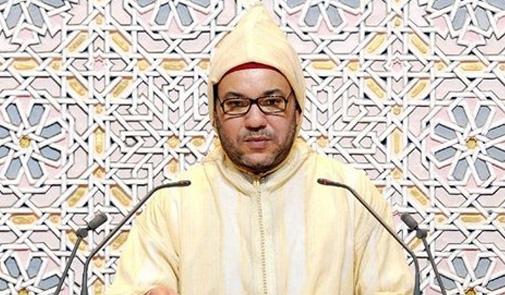 King Mohammed VI has called on Moroccan administrations and institutions to streamline their services, to simplify procedures and to make sure that they are always accessible and available to the citizens. In a speech he made Friday on the occasion of the opening of the legislative year, the Sovereign said “the goal all institutions should strive to attain is to serve the citizen. Should they fail in that mission, it would mean they serve no purpose and have, as a result, no raison d’être”.

“If all matters have to go through central government departments in Rabat, then what is the use of decentralization, of regionalization and of devolution, which we have been striving to achieve since the 1980s?” the King wondered in his address before the Parliament’s two houses, the Chamber of Advisors and the new House of Representatives, elected at the Oct.07 polls.

For the Moroccan Sovereign, managing the citizens’ affairs and serving their interests are both “a national responsibility and a sacred trust”, which means there is no room for negligence or procrastination.

“Regrettably, some people take advantage of the mandate granted to them by the citizens to run public affairs, giving precedence to personal and party interests over public interest, for electoral considerations”, deplored King Mohammed VI.

He also raised the issue of citizens seeking royal assistance to solve countless problems or to overcome difficulties. “Some people do not understand why citizens seek the assistance of their King to resolve simple problems and issues. What this means, in fact, is that something, somewhere, is not functioning properly”, stressed the Sovereign.

“Naturally, I take pride in interacting directly with citizens and in fulfilling some of their basic needs. I will continue to do that and to serve my people. The question is: Would citizens ask me to intercede if state agencies did their job?”

Citizens seek royal assistance “because they find doors shut, or because of some shortcomings in the work of state agencies, or because they want to bemoan some injustice they have suffered,” said King Mohammed VI.

According to the Monarch, state agencies are suffering from several shortcomings, including weak performance, inflated workforce, lack of competence and the absence of a sense of responsibility among many employees.

“The official or civil servant who holds public office, or exercises public authority that entrusts him or her with people’s affairs and interests, should at least fulfill public service obligations and seek to help people”, said the Sovereign, affirming that civil service cannot accommodate all Moroccans and its recruitment should be based on competence, merit and equal opportunity.

The sovereign called in this vein for reforming the administration, underlining that such reform “requires a change of attitudes and mindset as well as quality laws in order to have effective state agencies that serve the citizens.”

“Therefore, I urge everyone – the Government, Parliament, political parties, trade unions, civil society organizations and civil servants – to commit to a keen sense of national responsibility in order to come up with real solutions so as to enhance the performance of state agencies and to improve the quality of the services offered to the citizens,” he stressed.

The Sovereign who stressed the need to grant special attention to staff training, as staff members are the key link in the citizens’ relationship with government institutions, also called for promoting e-government. “E-government services should be offered across the board and in an integrated manner to ensure collective access to information by all sectors and services,” he said, adding that the use of information technology makes it possible to facilitate citizens’ quick access to services, without having to go to state agencies and interact with the staff, which is, he said, “the main reason for the prevalence of corruption and abuse of power.”