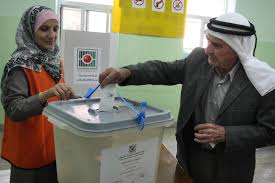 Municipal elections that were to be held in the West Bank and Gaza early next month have been postponed by a Palestinian Authority Supreme Court decision but it is already being contested.

The court that made the ruling is based in Ramallah which is a stronghold of Fatah. The postponement is said to be dictated by the contestations between the two parties over candidate lists and the non-participation of Jerusalem in the planned elections as well the presence of two courts in the fief of each of the parties.

It has been almost a decade since Fatah and Hamas challenged each other in elections. The latest parliamentary elections in 2006 were won by Hamas, which boycotted the 2012 municipal elections.

Israeli Hareetz newspaper quoted an anonymous Palestinian Authority (PA) legal analyst as acknowledging that “it’s clear that the Palestinian split and the deep rift between Fatah and Hamas is the main cause of the harm to the election process. From the start it would have been difficult to hold the election given this situation” and “anyone who thought the local elections would help bring about reconciliation was evidently mistaken.”

The buildup to this year’s election has been tense as opinion polls hint that calls for President Mahmoud Abbas of the Palestinian Authority to step down are mounting. Palestinians expect the municipal elections would pave the way for the long awaited presidential elections.

Earlier on Thursday, a court in Gaza invalidated five electoral lists belonging to Fatah. Some Fatah officials had asked that the vote be canceled, fearing large-scale gains by Hamas in the West Bank.

The court ruling was dismissed by the PA legal analyst who said “these are courts that are illegitimate and they made an illegitimate decision, and so the PA Supreme Court cannot accept a situation in which there are two separate court systems: one in the state of Gaza Strip and another in the state of the West Bank.”