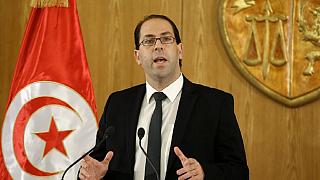 Prime Minister-designate Youssef Chahed met with some members of his national unity government ahead of a vote of confidence that would take place on next Friday, August 26, but voices of contestation are continuing to rise against some of the appointees.

Several political parties claim that some of the would-be ministers of the new government are suspected of corruption and cannot therefore get their support. The country is battling against economic and financial crisis.

The Al-Irada party said the appointments do not characterize national unity and underlined that “serious suspicions of corruption hang over some designated ministers that do not allow them to be part of the government.” Ruling out the participation of the party in the national unity government, the statement also lamented about the “lack of harmony” in the government and its “complacency” on sectorial and ideological policies.

President Yassine Brahim of the Afek Tounes party said, after meeting with Chahed, the party had “put forward proposals” for consideration. Afek Tounes has four of its members appointed as ministers but it is against the composition of the cabinet as a whole and threatens that it will not be part of the government if the prime minister-designate does not review his appointments.

Meanwhile the Popular Front has boldly stated that it would vote against what it considers to be a “government of political quotas representing Nidaa Tounes and Ennahda” which is also “decorated by some political and union figures.”

Both Nidaa Tounes and Ennhada have also raised eyebrows over the composition of the cabinet but are willing to support it at the parliament. There are reports that at least 19 of the 54 parliamentarians of the ruling Nidaa Tounes party are threatening to resign from the party because the government included some incompetent people.