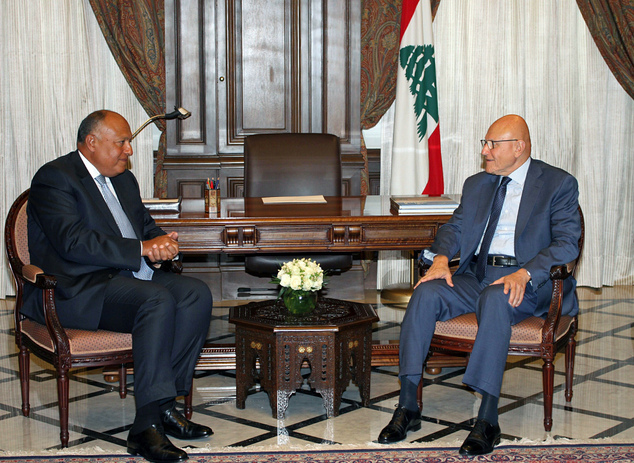 Egypt’s foreign minister Sameh Shoukry arrived in Lebanon late Monday to help the country end the presidential deadlock that has been going on for more than two years.

Shoukry who insisted that Egypt’s role is that of a facilitator, held separate meetings with the Speaker of the Parliament Nabih Berri, Prime Minister Tammam Salam and foreign minister Gebran Bassil.

He told reporters after the meetings that Cairo is “keen on continuous communication with all the Lebanese factions” and “will provide the needed support to help Lebanon out of its political crisis.”

A statement released by the Egyptian embassy said the meeting between Shoukry and the different Lebanese authorities highlights the country’s deep concern to see the Lebanese agree on a President in the nearest time possible. The political deadlock in Lebanon has been ongoing since former president Michel Suleiman’s termed ended in May 2014. The parliament has failed to elect a successor on 43 attempts due to systematic boycotts of sessions to prevent reaching the necessary quorum. Some political parties are hoping that the dialogue scheduled to be held next month could end the standoff.

Shoukry expressed Cairo’s readiness to make the dialogue a “success.”