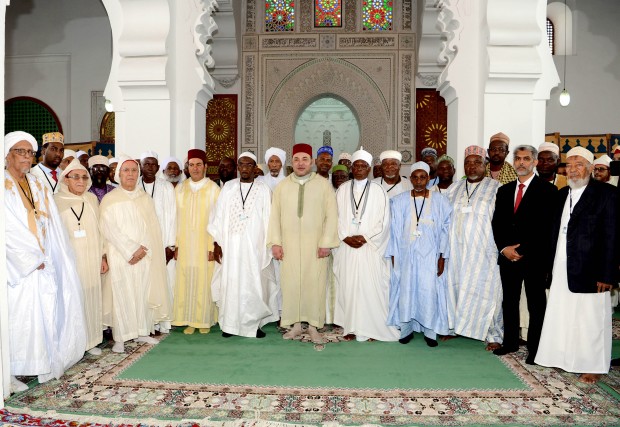 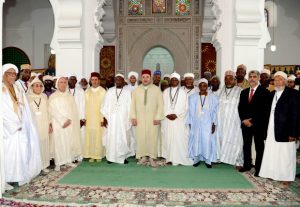 Morocco has set up a new Foundation for African Ulema (Islamic scholars) an institution destined to unify stands and strategies of African clerics against religious extremists.

The North African Kingdom, a beacon of moderate Islam, is leading the war against religious fanatics and jihadists who want to impose their distorted version of Islam and tarnish Muslims’ image through their violent acts and bloodshed.

On Tuesday, King Mohammed VI chaired in Fez the installation ceremony of the Higher Council of the Foundation, meant to enhance cooperation and exchange of experiences between African Islamic clerics to enable them disseminate the true values of Islam, a religion of peace, tolerance and coexistence.

Morocco has maintained special religious ties with Sub-Saharan African countries throughout centuries. There’s a strong religious link between Morocco and these African countries through the Tijaniyyah and other groups of Sufism, which have a long presence in this region. The Tijaniyyah religious group originated in Fez, Morocco’s spiritual capital, which still hosts hundreds of pilgrims from West Africa every year.

For many Muslims across West Africa, influenced by Sufi strands of Islam, the Moroccan monarch is more than just another Head of state. He is the Commander of the Faithful (Amir Al Mumineen,) an Islamic title for a ruler with spiritual as well as political authority.

These historical facts clearly empower King Mohammed VI of Morocco to set up this new Foundation for African Ulema for the exchange of experiences between African Islamic clerics to enable them disseminate the true values of Islamic religion which preaches peace, tolerance and coexistence.

Addressing the governing body of the Foundation, the Sovereign said the “decision to create this institution has nothing to do with transient circumstances or narrow, passing interests.”

The opening of this new entity is part of an “integrated policy to promote constructive cooperation and respond to the requests from a number of sister African nations in the religious field,” stressed the Monarch.

“This is another building block which further enhances our strategic policy designed to raise the level of political and economic cooperation between Morocco and a number of sister African nations in order to make it an effective, solidarity-based partnership, covering all sectors,” added the Sovereign.

“I view the Mohammed VI Foundation for African Ulema as an institution for cooperation, for the exchange of experiences and for the Ulema to make concerted efforts to fulfill their duty and turn a spotlight on the true image of the pristine Islamic faith as well as on its open-minded values, which are based on moderation, tolerance and coexistence,” said the Moroccan King, noting that the goal is to make sure those values “help us promote security, stability and development in Africa.”

He also said that he is convinced the Foundation, through its branches in African countries, and together with other religious institutions, will play a key role in “disseminating enlightened religious precepts and in combating extremism, reclusiveness and terrorism – which our faith does not embrace in any way – but which are advocated by some clerics, in the name of Islam.”

This new academic institution comes after King Mohammed VI launched in March 2015 a leading Institute that provides training to hundreds of imams of various nationalities from Africa and Europe.

The center teaches Imams the precepts of a tolerant and non-violent form of Islam based on Maliki rite and teaches them how to fight extremism and religious radicalization through sound argumentation and dialogue.

Morocco has been providing, for many years if not for centuries, training to foreign Islamic scholars and imams, mainly from sub-Saharan Africa, in order to disseminate an “Islam of the middle path doctrine,” a vision of religion based on tolerance, intercultural dialogue and respect of other faiths