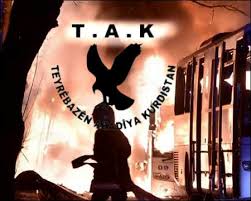 The Kurdistan Freedom Falcons (TAK) has claimed responsibility for the Tuesday attack on the police bus in Istanbul that killed 11 people and hinted that there will be more attacks.

TAK said in a statement that it was a “sacrifice action” implying a suicide bombing which corroborates suspicions that the explosive was detonated from distance.  “We again warn foreign tourists who are in Turkey and who want to come to Turkey: foreigners are not our target but Turkey is no longer a reliable country for them,” it added.

Little is known about the group formed by members who split with the Kurdistan Workers Party (PKK) but their methods are believed to be more brutal.

Turkey is the world’s sixth-biggest tourist destination but the latest statement by TAK could mean that arrivals will continue falling. Last month, the number of visitors declined to its lowest rate in seventeen years, a trend exacerbated by tensions with Russia, a key tourism market, over the war in neighboring Syria.

Ankara is trying to boost the tourism sector and an announcement in the Official Gazette signaled a 30% subsidy increase for charter flights carrying at least 150 passengers between June 1 and August 31; the peak of the summer season. Hotel occupancy rates are down by nearly 70% nationally.

The group’s warning could be taken seriously because it had carried out fatal attacks in the capital this year killing 66 people and wounding more than a hundred. Turkey’s economy relies on tourism to finance its current account deficit. To curb the attacks, a ban has been imposed on the sale of fertilizers containing nitrate because the tracking of sale has proved inefficient according to agriculture minister Faruk Celik.

Turkey is continuing its military operations against the PKK along its border with Iraq and claimed that it has killed around nine suspected militants in airstrikes carried out on Friday.