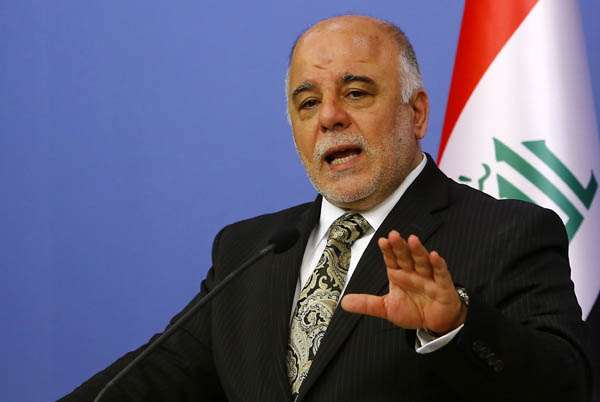 Prime Minister Haider al-Abadi sacked the chief of the Iraqi National Intelligence Service Zuhair al-Gharbawi and replaced him with Mustafa Kadhimi in an unexplained decision.

The head of the state media was also relieved off his duties. Abadi also fired six chief executives of six state-owned banks and a statement from his office explained that “new bank directors will be appointed to reactivate the banking sector and the national strategy that aims to create jobs and provide loans to industrial, housing and commercial projects.”

All the sacked officials were appointed by former Prime Minister Nouri al-Maliki.

Prime Minister Abadi has been trying to introduce economic and political reforms but his efforts have been stalled at the parliament due to political differences amid growing pressure from Moqtada al-Sadr’s supporters for change.

On Tuesday, hundreds of Iraqis gathered in Baghdad’s Tahrir Square in the late evening, urging the containment of corruption and the formation of a technocrat government in the country.

The reasons behind Gharbawi’s sacking are still unclear, but may be linked to the failure of the commanders leading the offensive on Fallujah to reach an agreement on a battlefield strategy against the Islamic State group after recapturing the southern end of the city.

The forces have been progressing slowly in their efforts to liberate the city held by the Islamic State since the beginning of its campaign for an Islamic caliphate.