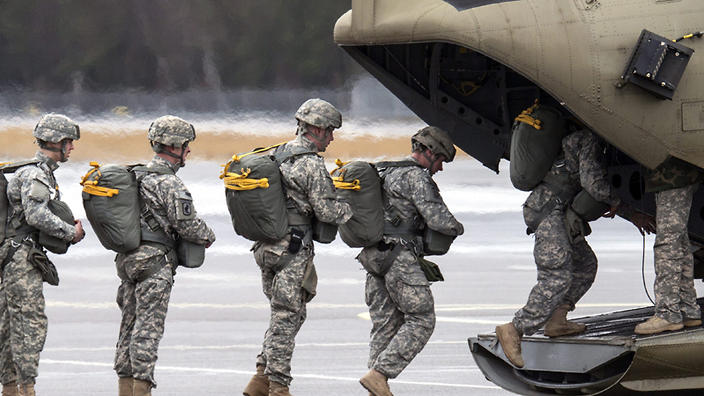 President Obama has stated that the United States will be sending an extra 250 military personnel to Syria to join the 50 already on the ground and their role will be limited to training local forces to fight the Islamic State (IS.)

In a defiant message to the extremist group, the US president warned that “these terrorists will learn the same lessons that others before have, which is: your hatred is no match for our nations, united in defense of our way of life.”

The presence of US troops in Syria is considered illegal by the Assad government because they do not coordinate with Damascus and Washington has been calling for Assad’s departure.

Obama believes that “the commitment of additional US Special Forces can play a critical role” in pushing back IS as he raised concerns about the increasing violence between government and opposition rebel groups. A ceasefire agreement reached by the US and Russia had helped to keep Syria relatively calm but it has been hardly respected lately.

Russia, a major ally to Assad, meanwhile is questioning the mixed messages being sent by Washington. Foreign Minister Sergei Lavrov asked why the US is “shy” in admitting that it cooperates with Russia in fighting terrorism in Syria but rather continues to claim that their cooperation is only meant to avoid air incidents.

President Obama said that Syria’s “heart-breaking situation of enormous complexity” cannot be solved in the long-term by “a military solution alone.” Last year, a US program to train and arm rebels to fight Assad and the IS group failed as most of the trainees returned to join extremist groups with their arms. Obama said sending troops to the war torn country will be a “mistake.”

According to officials familiar with the matter, the additional troops would also help to encourage Sunni Arabs to join forces with Kurdish militia groups. Both groups have limited trust in each other.

With expectations that fighting will intensify after rebel opposition groups suspended their participation at the UN-led talks last week, the truce that has been in place since February would soon practically become null and void.