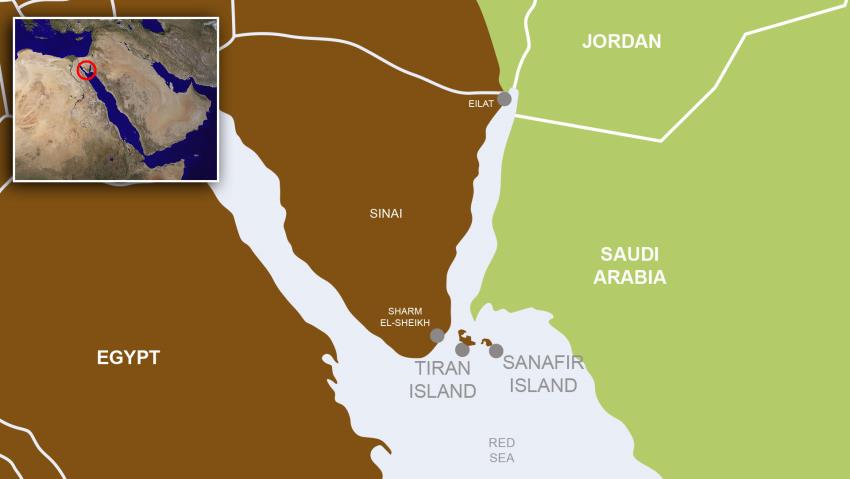 Public pressure is piling up on Egyptian President after government announced Saturday the handover of Egyptian islands in the Red Sea to Saudi Arabia, part of the billion-agreements signed during King Salman’s visit.

Human rights activists, politicians and Egyptians have called for big demonstrations on Friday to denounce what they call sell-off of the country to Saudi Arabia by President al-Sisi.

The Egyptian government Saturday transferred sovereignty over the islands of Tiran and Sanafir from Egypt to Saudi Arabia.

“This enables both countries to benefit from the exclusive economic zone for each, with whatever resources and treasures they contain,” the Egyptian government said in a statement on Saturday.

The government further indicated that the decision came after rounds of negotiations and six-year studies revealed that the two Islands located in Saudi regional waters were Saudi. The cabinet added that the islands are Saudi but were left under Egypt’s protection since 1950.

The government’s decision sparked a tide of public outrage. Egyptian veteran lawyer Khaled Ali reportedly filed a lawsuit in an administrative court calling for the annulment of the maritime border agreement signed on Saturday.

The lawyer argued that the islands have been Egyptian since the 1906 maritime treaty between Egypt and the Ottoman Empire.

Besides, the handover of the islands to Saudi Arabia violates “article 151 of Egypt’s constitution, which requires all treaties related to sovereignty to be approved by referendum,” he said. The court will hear the case on May 17, reports say.

Anger also ran among the Parliament Members who object the government move which they say should have been discussed in the chamber.

For MP Haitham Hariri, the government’s decision was “invalid” and the islands should not be sold off to satisfy Saudi Arabia or even in return for grants in the form of projects and investments.

Egyptian exiled comic Basem Yousef, poked fun of al-Sisi in a Twitter post comparing him to a bazaar merchant offering his country and its heritage for sale.

“Come closer sir, the island is one billion, the pyramid is two with two statues on top for free,” Yousef wrote.

Amid the bashing, President al-Sisi received support of some other Egyptians who called his gesture “a brave one”. Saudi officials also stood by al-Sisi in defending the agreement to lease the islands to Saudi Arabia.

“All the successive Egyptian governments since the rule of King Farouk, including the current government, have recognized Saudi Arabia’s ownership of the islands of Tiran and Sanafir,” said Adel al-Jubair, Saudi Foreign minister.
“Cairo never objected to Saudi Arabia’s sovereignty over the islands, but some parties are fishing in troubled waters,” he added.