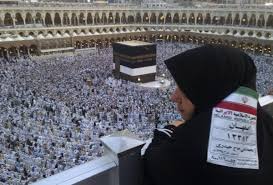 Saeed Ohadi, head of Iran’s Hajj and Pilgrimage Organization, has announced that they will be meeting with Saudi officials to discuss the upcoming Hajj in Riyadh on April 14 after they received an invitation.

He said the attendance of the Iranian delegation depends on the deliverance of visas by Saudi authorities.

Iran and Saudi Arabia have been at loggerheads over the organization of last year’s annual pilgrimage in September after 460 Iranians were among the death at the stampede when authorities blocked a road in Mina during a ritual, forcing large crowds of pilgrims to collide.

Ohadi said annual meetings regarding preparations of the Hajj are usually held with Saudi in mid-January as he noted that “this year’s meeting has already been delayed for three months.” Ahead of the meeting, he called on Saudi to end its “paradoxical” stance by accepting Iranian pilgrims in a timely manner.

The meeting could decide if Iranians are officially going to take part in the religious ritual which is one of the five pillars of Islam. Ohadi hinted that matters such as security and safety of pilgrims during the pilgrimage and compensation of relatives of Iranian victims will be discussed.

Preparations have also begun in Riyadh for the Hajj which is a few months away and Crown Prince Mohammed bin Nayef bin Abdulaziz who also serves as the Chairman of the Supreme Hajj Committee underlined that Saudi Arabia “will fight anyone who even thinks of jeopardizing the security …or disregards the sanctity of Mecca and other holy shrines.”