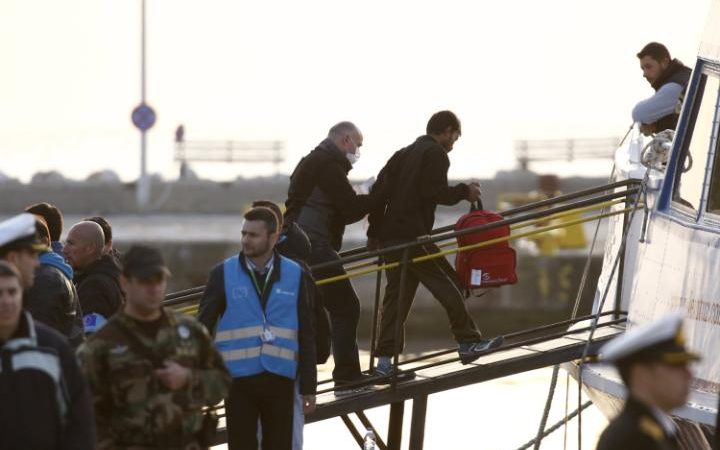 The implementation of the expulsion of failed asylum seekers and migrants reached between the EU and Turkey in March began over the weekend with Germany and Greece sending the first contingents.

A spokesperson at the German interior ministry said most of the migrants arriving on Monday in Turkey will be families with children while Turkish state news agency Anadolu reported that the first batch of those from Greece on board a ship were mainly Pakistanis.

According to the EU-Turkey agreement reached in March, migrants who have entered Greece illegally starting from March 20, will be subject to return to Turkey if they do not apply for asylum or if their request is rejected.

For every Syrian returned from the Greek islands to Turkey another Syrian will be resettled from Turkey to the EU.

Giorgos Kyritsis, a spokesman for a government refugee crisis committee in Greece, said “there is no immediate timetable for returns” because examining the applications will take some time.

Heavily criticized by human rights groups over ethical and legal issues, the agreement is seen by the EU as a way of curbing the number of migrants. Germany accepted more than a million migrants but Chancellor Angela Merkel is under intense pressure to stem the flow.

Ankara has however rejected accusations from rights groups that it was forcibly returning Syrian refugees with the foreign ministry stating that “the allegations do not reflect reality in any way.”

Amnesty International alleged that Turkey is not a “safe country” for refugees and the head of its branch in Greece, Giorgos Kosmopoulos, said the expulsion “is the first day of a very difficult time for refugee rights” claiming that “the EU is forging ahead with a dangerous deal.”