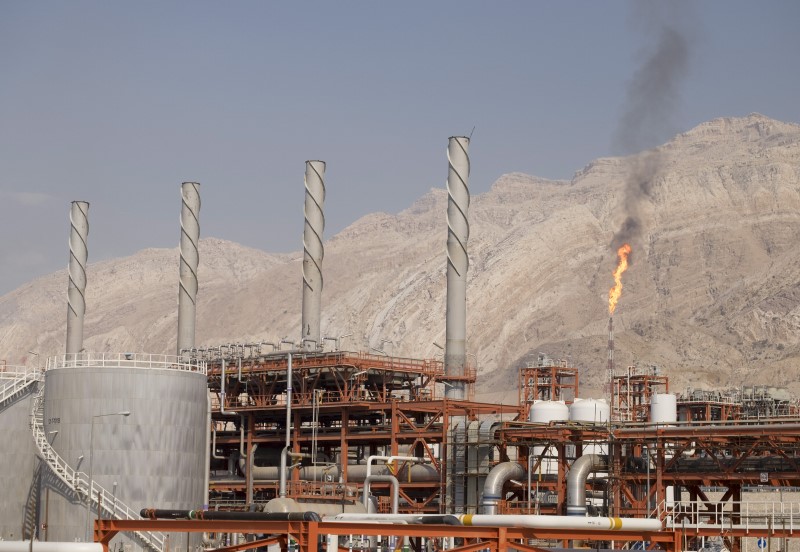 Total agreed to buy 160,000bpd while Eni is interested in 100,000 and Saras between 60,000 and 70,000. The contract with Total is to be finalized next week and a delegation from Eni is expected to arrive in Tehran soon. Zanganeh said Eni wants one of the oil fields and its interest “will be treated like the agreement reached with Total.”

Meanwhile, an official of the National Iranian Oil Company told Reuters under the condition of anonymity that Iran wants its oil dues to be paid in euros instead of dollars as it looks to reduce its dependency on the US currency.

According to US estimates, about $100 billion of Iranian assets were frozen abroad. Iran could access around half the amount as a result of sanctions relief.

India owes Tehran about $6 billion for oil delivered during the years of sanctions and the government in New Delhi confirmed that Tehran is seeking to be paid in euros.

The source stated that the Iranian Oil Company inserts in its invoices “a clause that buyers of our oil will have to pay in euros considering the exchange rate versus the dollar around the time of delivery.”

Tehran is softening its oil development contract terms as the government tries to revive the economy paralyzed by economic and financial sanctions. The new contracts, which include those in the upstream exploration and development sectors, are expected to attract more than $40billion in foreign investment. Iran’s exportation had reached 3million bpd in 2011 but sanctions led to its fall to around a million in 2012.