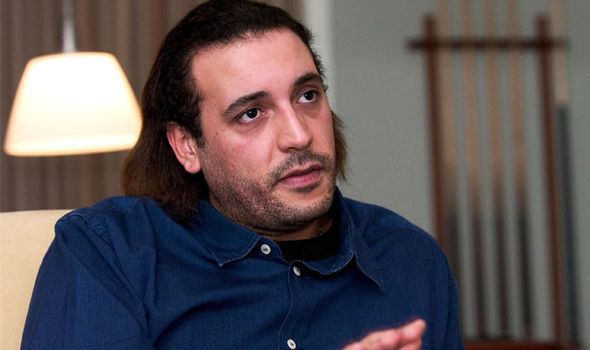 Abducted last week by a group believed to be followers of the Lebanese Shia cleric Moussa al-Sadr before being handed over to the police a few days later, Hannibal Gadhafi the last son of the assassinated Libyan leader following an uprising against his ruling was on Monday duly arrested by competent Lebanese authorities. Sadr allegedly disappeared in Libya when he honored Gadhafi’s invitation in 1978 together with two of his companions, Sheikh Mohammad Yacoub and Abbas Badreddine, a journalist, but the Libyan government claimed that they had already left the country for Italy before their disappearance. Their bodies have never been found.
The arrest of Hannibal is reported to be linked with efforts to determine what happened to Sadr; considered as one of the country’s most revered Shia cleric. There are doubts whether he will be able to provide authorities with credible information because he was three years old by then. Magistrate Zahr Hamadeh issued his arrest warrant and also questioned him on the matter according to Lebanese news services.
Sheikh Yacoub’s son Hassan Yacoub, a former deputy in the parliament, said it was important that the case is being revived by the state at a moment when one of Gadhafi’s sons is with the Lebanese authorities. He stated that Hannibal “was a kid” in 1978 and would not be directly involved in it but believes that he could help them gather information because “we know how important his (Colonel Gadhafi) children were in the leadership back then.”
Abdel Salam Jalloud, one of Gadhafi’s trustees who abandoned him during the uprising and two other people who disguised as Moussa al-Sadr and Sheikh Mohammad Yacoub to impersonate them in Italy were named by Hannibal according to Hassan citing sources.