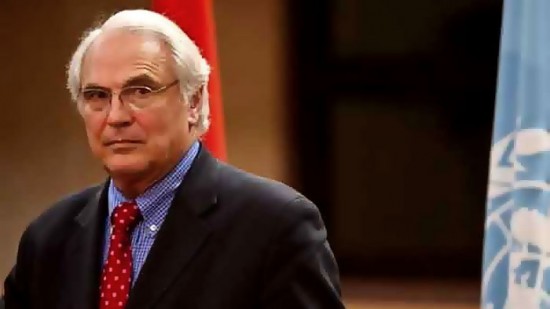 U.N’s special envoy to Western Sahara Christopher Ross told the Security Council that his efforts to settle the territorial dispute between Morocco and the Polisario Front “have not borne any real fruit” according to the Morocco world news but Rabat wants Algeria to be part of the talks for progress to be made. Secretary General Ban Ki-moon is expected to visit the region in January after urging for “a mutually acceptable political solution guaranteeing the right to self-determination for the Sahrawi people” last month.
Ross told the Security Council that Polisario is “ready to resume face-to-face talks even in the absence of new ideas” but his “Moroccan interlocutors suggested that Algeria be brought into the negotiations in a formal way” pointing out that the Ministry of foreign affairs wants the neighboring country to either be “a formal party or at least as an ‘actor’” in the negotiations or “that no progress will be possible until I succeed.”
President Bouteflika, according to Ross, stressed Algiers “immutable position” for Western Sahara’s self-determination last month. The U.N diplomat added that Algeria argues that honoring the request will “bilateralise”a conflict that is between Morocco and Polisario. Rabat has often lamented that Polisario would not exist without Algiers’ backing and diplomatic support.
On Wednesday in Paris, Algeria’s Minister of State, Minister of Foreign Affairs and International Cooperation Ramtane Lamamra after a meeting with U.S Secretary of State John Kerry said they “are determined to help him (Ross) to accomplish his mission” as he pointed out that the two countries will ensure “that significant progress be made on the ground with regard to the holding of a self-determination referendum for Western Sahara people.” U.S will be chairing the Security Council this month.