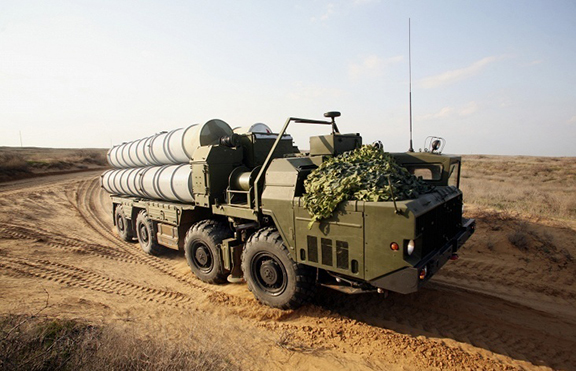 Iran will soon be in possession of the S-300 air defense missile systems marking the beginning of the end of the 2007 $800 million deal signed with Russia.

President Putin’s arms trade adviser Vladimir Kozhin told state news agency Tass that “the contract is being implemented” and the deliveries “are starting.” His statement confirms Tehran claims last month that it will receive the missiles before 2016.

Iran’s ambassador to Russia Mehdi Sanai recently disclosed that the first batch had already been delivered.

Not much details have been released on the deliveries since the announcement of the conclusion of the “executive stage” of the deal at the beginning of November. Iranian Defense Minister Brigadier General Hossein Dehqan claimed that a “major part” of the shipment will arrive in less than two months.

Tehran is expected to receive an upgraded version of the S-300 system compared to the one it signed for in the 8-year old agreement. According to the Iranian Defense Minister, “all changes” made to the system would be implemented in the missiles destined to Iran.

The delivery of shipment was delayed by a ban in 2010 issued by the then Russian president Dmitri Medvedev arguing that the fourth round of sanctions of the UN Security Council against Iran affected the deal because the country is barred from buying hi-tech weapons.

President Putin lifted the ban this year ending Iran’s pursuit of Russia in a complaint filed at the International Court of Arbitration.

The S-300 is made by state-owned defense conglomerate Rostec. It reportedly has a range of 195kilometres and can intercept aircraft and cruise missiles, and its more advanced models such as the S-300PMU-2 can also down medium range ballistic missiles.