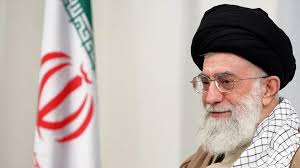 Iran’s Supreme Leader Ayatollah Khamenei on Wednesday warned against what he claimed to be Washington’s continuous effort to introduce and impose its views in his country in diverse sectors.

Addressing the commanders and staff of the Islamic Revolution Guards Corps Navy, Ayatollah Khamenei said that in order to counter Washington’s penetration efforts, he halted all bilateral talks with the U.S. He did not state however for how long.

The Iranian supreme leader said during the nuclear talks, “the Americans took advantage of a few chances” that will help them “open gates to their economic, cultural, political and security influence” despite the vigilance of the Iranian negotiators.

Khamenei backed the nuclear talks with world powers but has not given his blessings to the agreement, alleging that “even during the negotiations, they (U.S.) tried to harm our national interests.”

Khamenei also deplored that some “naïve people in Iran” have failed to grasp Washington’s desire to influence Iran stressing that the country is undergoing “a critical situation now as the enemies are trying to change the mentality of our officials and our people on the revolution and on our national interests.”

His statement could intensify the pressure on Iranian foreign minister Mohammed Javad Zarif who is already receiving backlashes from hard-line legislators for being the first statesman since 1979 to shake hands with a U.S. president. The hand-shake took place at the just ended U.N General Assembly and has led some voices to call for his impeachment.

The supreme leader also dismissed local calls to negotiate with the U.S. as did Imam Ali and Imam Hussein, first and third Shia Imams, with their enemies, stating that such arguments are “completely wrong” because, he said, the two Imams advised their enemies to fear God.

During the meeting, Ayatollah Khamenei who highlighted the dangerous plans devised by what he called “arrogant powers” for the region pointed out that Iran will never initiate any war, but that given the nature of “the enemy” Iran should improve its scientific and equipment capabilities through continuous innovations.