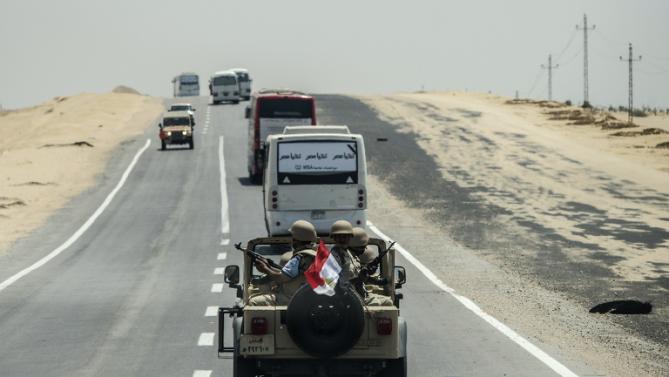 Egyptian security forces have mistakenly killed on Monday 12 people, including at least two Mexican tourists, during an anti-terror operation.

According to Egypt’s interior ministry, the tourists were travelling in four vehicles that entered a restricted zone in the Wahat area of the Western Desert. The tourist convoy was mistaken for militants the Egyptian military and security units were chasing.

Ten other Mexicans and Egyptians were injured during this operation. Egyptian authorities opened an investigation to shed lights on the incident.

The Mexican foreign ministry confirmed that at least two of its nationals had been killed and said it was working to confirm the identities of the other victims.

But this accident, which raised serious safety concerns, is likely to hurt the Egyptian tourism industry which employs one in 10 workers and is one of the economy’s main sources of foreign revenue.

Tourism has been hit hard by the 2011 popular uprising against Hosni Mubarak and the aftermath political turmoil. The most populous country in the Arab world has been rocked lately by a series of deadly attacks by Islamist militants in the Sinai Peninsula and the capital, Cairo.

During this crackdown, hundreds of people were killed and thousands jailed. Hundreds more were sentenced to death after speedy trials, denounced by the UN as “unprecedented in recent history”.

In retaliation, militants have killed hundreds of policemen and soldiers, mostly in the Sinai Peninsula, where jihadists are waging a campaign against the security forces and vowing to continue fight against the Egyptian government.