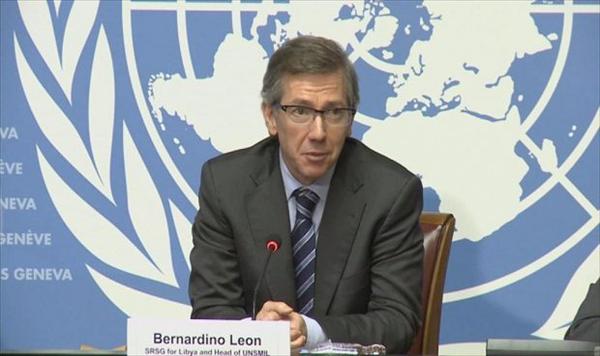 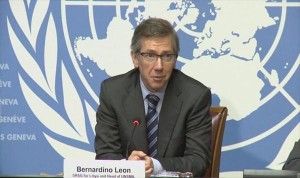 The head of the U.N Mission to Libya Bernardino Leon who also doubles as Ban Ki-moon’s special envoy to the North African country has told the U.N Security Council that only the Libyans and political parties could end the chaos by signing a peace deal agreement.

Leon informed the Security Council about the developments in the North African country through a video link from Paris ahead of this week’s round of negotiations scheduled in the Moroccan resort of Skhirat.

Leon urged the two rival governments to make the “final push” to seal a deal of which “the only winners are the Libyan people” because “time is running out.”

The talks are said to be in their last stages but the resignation of Tripoli’s head of the delegation to the talks on Wednesday could delay the conclusion of a final agreement while the mandate of the Tobruk parliament will end in October.

Leon pointed out that the U.N Secretary-General’s latest report on Libya “paints a mixed picture of the evolving security dynamics in Libya” and stressed that “the international community must move quickly to present a clearly articulated strategy in support of the Libyan State” if a deal is reached between the rival governments.

Fighting in Benghazi has degenerated into a “war of trenches” and southern Libya has turned into a battleground between rival groups for power and resources.

While military tensions have reduced remarkably in Western Libya, Leon told the Security Council that the Islamic state in Libya has increased its possession by 200km on Sirte’s coastline since mid-July.

The special envoy stressed that “the determination and commitment of Libyans themselves, more specifically their political leaders” will lead to a final peaceful agreement urging them to seize “the historic and unique opportunity they have” presently.