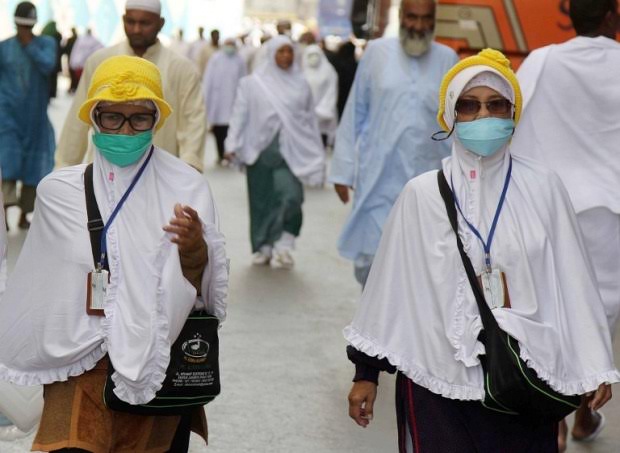 Muslims have started arriving in Saudi Arabia to fulfill the fifth pillar of Islam amidst health concerns as the kingdom continues to struggle to contain the Middle East Respiratory Syndrome (MERS) coronavirus that erupted in June 2012.

The pilgrimage to Saudi Arabia which includes visits to the holiest sites in Islam and performance of several religious rituals is known as Hajj. It has grown to become a major financial boost to the kingdom but the persistence of the respiratory virus has always raised fears that it could lead to an outbreak during the religious season.

Pilgrims from Bangladesh, Malaysia, Pakistan and South Africa arrived on Sunday and dozen thousands from all over the world will soon join them in the upcoming weeks.

MERS has killed around 475 people in Saudi Arabia and is difficult to detect at early stages, thereby making it necessary for pilgrims to take protective measures.

The health ministry has intensified its precautionary measures in several cities around the kingdom.

In the latest report released by the Ministry of Health, 20 new cases were detected in Riyadh as part of epidemiological surveillance in accordance with the global standards elaborated by the World Health Organization and Center for Disease Control and Prevention (CDC) in order to overcome the disease.

Although MERS can be easily transmitted, it can be treated at hospitals and its fatal rate is low. Concerns over spreading the virus to other countries have always surfaced during the past Hajj seasons because its early symptoms are not specific. A widespread of the virus has been avoided by the authorities but every edition of the Hajj poses a new challenge.