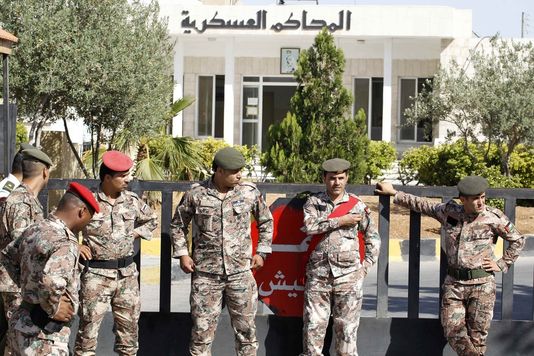 Jordanian security services have thwarted lately a terror plot hatched by a member of the Iranian-backed “Bayt al-Maqdis” group, holding a dual Iraqi and Norwegian citizenship.

According to press reports published Monday, the suspected bomber was captured in northern Jordan with 45 kg of explosives he was planning to use in a terrorist attack against Saudi Arabia.

The man is expected to appear before Jordan’s state security court for “possessing explosive material and planning terrorist acts”. Saudi Arabia was rocked lately by a series of attacks targeting Shiite mosques. These attacks were claimed by the Islamic State group.

In 2011, the US officials accused Iran of being involved in a plot to assassinate the Saudi ambassador to the United States. Two Iranians were charged in a New York court in October 2011.

Relations between the Sunni Saudis and their archrivals, the Shiite Iranians, have always been thorny and complicated. The two religious rivals are waging a proxy wars in Iraq, Syria, Lebanon and Yemen.

Since the Islamic revolution in 1979, Iran has adopted the policy of leading and uniting the Shiite communities in different Arab countries, including Iraq and Yemen, while Saudi Arabia aims to expand Wahhabi Islam through aiding Wahhabi communities in several countries.

Both countries are rich in natural resources and heavily armed. Iran is home to the richest natural gas and oil reserves in the region, while Saudi Arabia is the biggest oil exporter in the world.