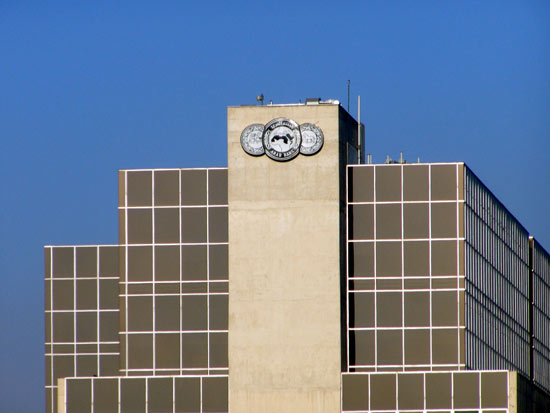 One of the largest financial institutions and privately owned bank in MENA, the Arab Bank, is being engulfed in controversies following the sudden resignation of its chairman and grandson of the founder, Abdul Hamid Jr. after numerous arguments with the CEO Nehme Sabbagh and some board members. Mr. Hamid Jr. accused the management of diverting the bank’s vision away from that of the founder. Sabeeh Al Masri has already been named as his replacement by the board and he has given assurances to maintain the bank’s steady growth.
The Shuman family which founded the bank in 1948 is left with only 4% in shares and the Hariri family has 22%, making it the largest shareholder; due to its partnership with Saudi Oger, Oger Middle East Holding and the Mediterranean Bank.
The Hariri Family’s gradual increase has led to frequent reports that the family is seeking to move the bank from Amman to Beirut and sell a large part of its stake too. It denied such intentions at the board meeting.
Arab bank is considered to be a fundamental pillar in Jordan’s economy and the absence of a member of the founding family in the board has led to worries about its fate. The Jordanian Central bank has delivered some statements assuring that the Arab Bank will not be affected at all, praising the strength of the financial situation of the group locally, regionally and internationally.
The bank is present in 30 countries and found in the 5 continents while 45% of its shares are traded in the Amman Stock Exchange. Meanwhile, the Jordanian Public Institution for Social Security owns 15.5% in shares, the Saudi Ministry of Finance has 4.5% and the Qatari Ministry of Finance, Economy and Trade owns just below 2%.