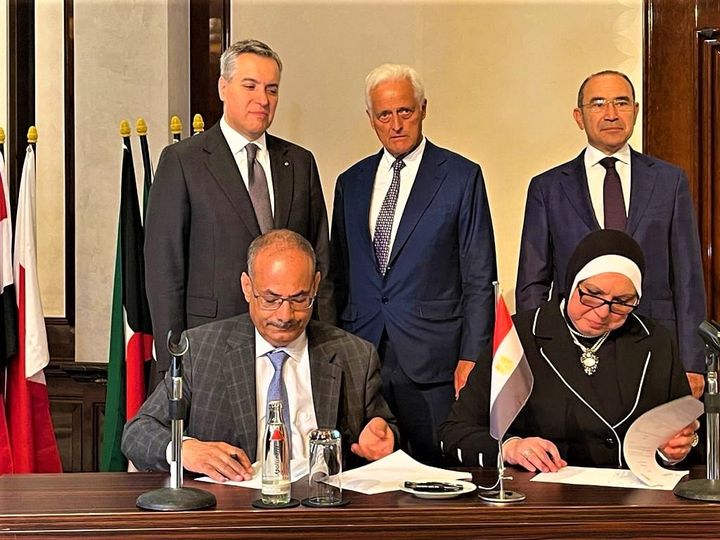 Arab-German Chamber of Commerce and Industry signed Thursday a five-year agreement with Egypt to open a regional office in Cairo, the Egypt government said in a statement, Arab Finance reports.
The deal according to the statement contributes to the creation of a direct communication between businessmen and the Egyptian and German business communities.
Minister of Trade and Industry Nevine Gamea signed the agreement with Secretary-General of the Arab-German Chamber of Commerce and Industry Abdulaziz Al-Mikhlafi.
The main purpose of the opening of the new office is the representation of the Arab-German chamber in the commercial promotion and economic cooperation between Egypt and Germany, Gamea said.
The new commerce chamber, the minister also noted, will undertake a set of activities to achieve its objectives including communications with counterpart Egyptian institutions and authorities and businessmen to establish commercial and investment communication channels between both countries.