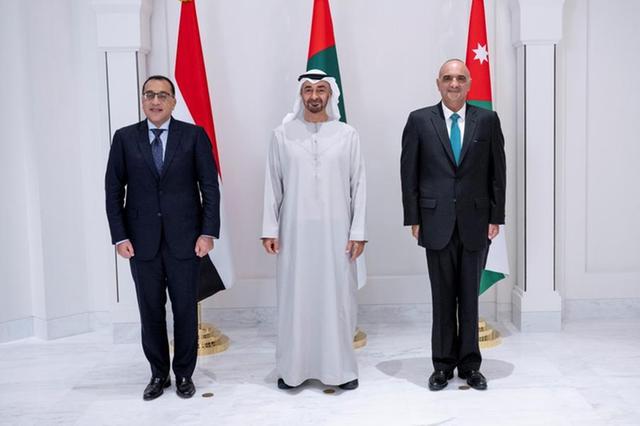 Abu Dhabi state holding firm ADQ will invest $10 billion in projects with Egypt and Jordan, the UAE’s state-run news agency WAM reported Sunday.
The agency did not say sectors where the investments will go in but Egypt’s public news agency MENA also noted on a separate report that both Egypt and the UAE that partnerships will focus on areas of mutual interest including agriculture, pharmaceuticals, minerals, petrochemicals and textiles.
ADQ is Abu Dhabi’s major arm of investment around the world. The firm manages about $110 billion in assets, according to Global SWF.
It reportedly acquired a 45% stake in commodities trader Louis Dreyfus Co (LDC) in 2021. The three countries also on Sunday signed the establishment of a comprehensive industrial partnership for a sustainable economic development.
The initiative aims at realizing economic integration in various fields, mainly at industry level, UAE Minister of Industry, Trade and Supply Yousef Shamali said on Sunday. Shamali also indicated that the initiative supports frameworks for strengthening tripartite cooperation in all fields, especially in the economic areas.