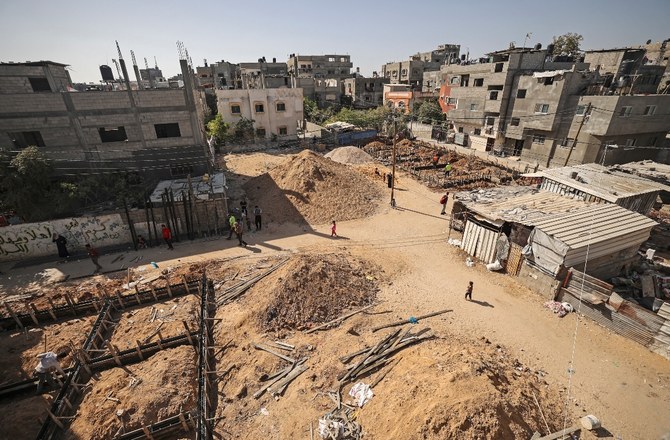 The European Investment Bank (EIB), a financial arm of the European Union (EU), announced Thursday the provision of €60 billion ($62.58 billion) for economic development in Gaza, Arab News reports.
EIB Vice President Gelsomina Vigliotti and EU representative Sven Kuhn von Burgsdorff unveiled the program during a trip to the region.
According to the officials, the funds will be made available to companies across Gaza through the Palestinian Monetary Authority’s flagship Estimada recovery program in the form of business financing, portfolio guarantees and incentive grants, supporting smaller business and startups.
Dr. Rafat Al-Araj, a representative of the PMA, Arab News notes, indicated that improving access to finance by entrepreneurs and businesses in Gaza is crucial to create jobs, strengthen economic resilience and increase private sector investment.
The enclave has been under tight control by Israel since 2007 and also by Egypt. Life in the Strip according to rights groups has been unbearable with many Palestinian accusing Israel of Apartheid.
“The new cooperation between the PMA, the EIB and the EU will transform investment, unlock dedicated financing for young entrepreneurs and help local companies to harness new business opportunities,” Araj said.
Businesses and entrepreneurs in Gaza will benefit from $50 million new financing and a dedicated €13 million support package under the Palestine Financial Sustainability Program, Vigliotti also indicated.
“This represents the first dedicated EIB support for Gaza business investment,” she added. The European bank is to formally open its first permanent representation to the West Bank and Gaza.