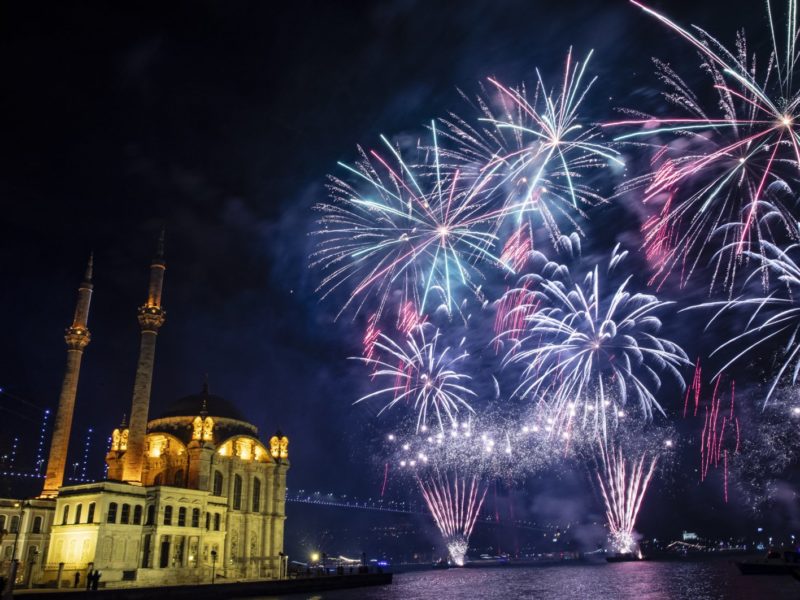 Turkey’s Ministry of Environment, Urban Planning and Climate Change is mulling plans to a ban across Turkey on the use of fireworks in a move to curb noise and light pollution, Daily Sabah reports.
The ban will outlaw all fireworks set off outdoors, the media notes. The ban is included in a draft regulation to tackle noise and visual pollution. Also in the regulation, any construction activity must be suspended in areas near where nationwide exams are held, starting a day prior to the exam and lasting until the testing finishes.
The ministry also plans to refer to noise maps before granting approval to entertainment venues seeking licenses to play music, namely nightclubs and discos.
The regulation will set time limits for loud activities, Daily Sabah notes. For instance, construction work will only be allowed between 7 a.m. and 10 p.m. on weekdays and between 10 a.m. and 10 p.m. on weekends. Similarly, concerts, rallies and other similar events will only be allowed between 10 a.m. and 10 p.m in residential areas.
Traffic remains a major contributor to noise pollution, even in small cities, along with airports generally located downtown, in Turkey. The country started developing noise pollution maps for cities in 2012.