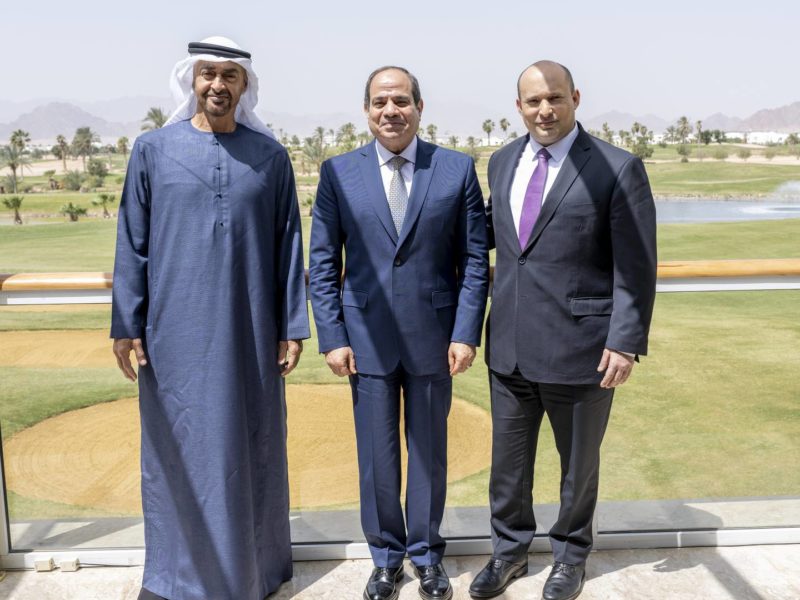 Egypt’s President Abdelfattah al-Sisi Tuesday hosted in the resort city of Sharm El Sheikh both Sheikh Mohamed bin Zayed, Crown Prince of Abu Dhabi and Deputy Supreme Commander of the Armed Forces and Israeli Prime Minister Naftali Bennett in a first such meeting between the three leaders since the United Arab Emirates established ties with Israel in 2020.
The meeting according to the Egyptian presidency discussed the fallout from “international developments, especially concerning energy and the stability of markets and food sufficiency.”
The three leaders also exchanged “perspectives and views” on the latest developments of regional and international issues, the office of the Egyptian leader added.
The three leaders, according to UAE state-run news agency WAM, also discussed strengthening relations between their countries and the importance of cooperation, coordination and consultation to meet the aspirations of development and stability in the region.
The meeting is the first ever between the three since UAE and Israel established ties in 2020. Egypt is the first Arab country to establish relations with Israel in 1979.