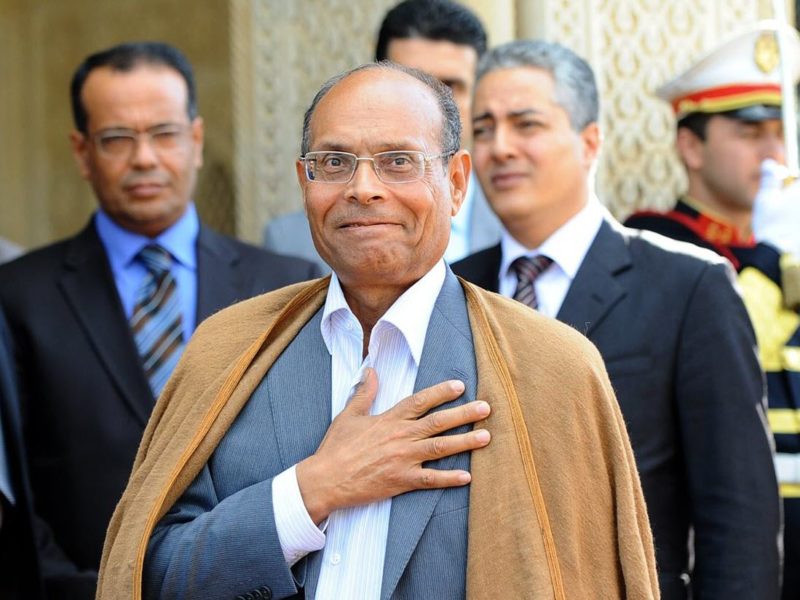 Former Tunisian leader Moncef Marzouki, in exile in France, has doubled down in his call to the army to oust incumbent President Kais Saied that he brands “illegitimate”.

Speaking in an interview with RFI Monday, Marzouki indicated that he called on the army to restore the country’s institutions.

“I called on the army to take up the cause of the Constitution. Kaïs Saïed has become an illegitimate president and I called on the army not to obey his orders, not to take power, but simply to restore the institutions. This is what the army should do,” he told the French media.

Marzouki has become a staunch opponent to Saied over his July 25 move when he seized all major powers including a freeze of parliament activities.

In December, the Court of First Instance in Tunisia sentenced Marzouki in absentia to four years in prison on charges of “attacking the state’s external security.” The former leader took responsibility for contributing to the postponement of the Francophonie summit initially scheduled for November 2021 in Tunisia.

The former leader in January called for civil disobedience in the North African country to topple Kais Saied.

In a statement posted on his Facebook page, Marzouki accused Saied of pushing the country to “an unprecedented level of problems.” “In less than a year, Tunisia drifted to division, economic collapse, threats against judges and grave violations of human rights,” Marzouki said.