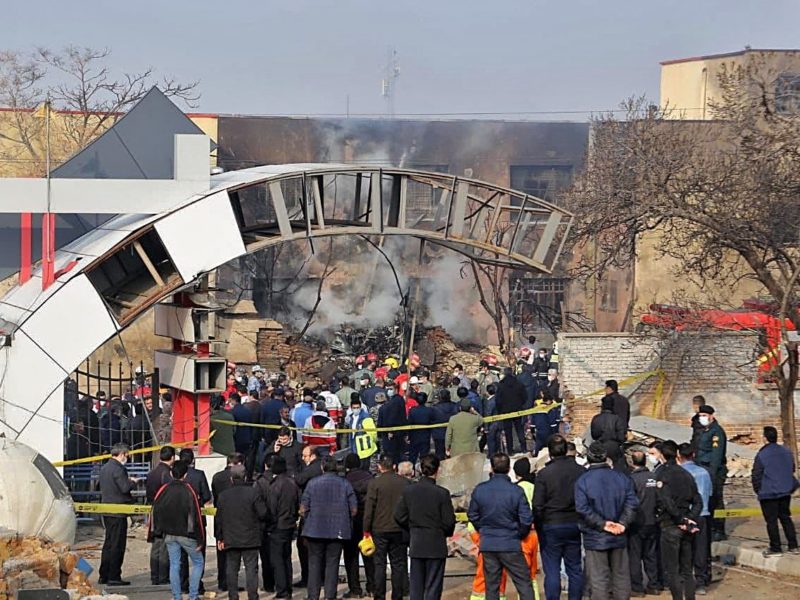 A warplane of the Iranian army crashed Monday in the northwestern city of Tabriz killing three people including its two pilots, state television has reported.
The tragedy occurred after the jet hit the ground near a school, which was closed at the time, and a sports hall, the report indicated.
IRNA News Agency notes, the aircraft; F-5 fighter, crashed into Shahid Alipour Sports Hall on Monjem Boulevard in Tabriz. The accident was followed by a huge fire in the center, which required the intervention of the fire brigade on the spot.
The third victim, according to the agency, was a pedestrian. Gen. Reza Yousefi, commander of the air base in Tabriz, Tasnim News Agency reported, indicated that the crashed jet had been used for training and suffered a technical problem on its final flight.
“Pilots could not reach the runway,” he said. “Pilots sacrificed themselves, they could (have) used the ejection system, but they refused to do it.”
Yousefi argued that in an effort to avoid crashing into the residential area, the pilots guided the jet to the stadium. Iran’s military airpower fleet is facing an aging issue compounded by impossibility for renewal and purchase of spare parts due to US economic sanctions.