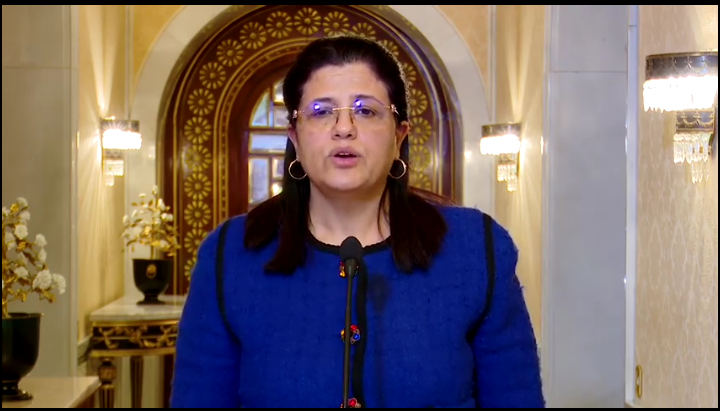 Tunisia has resumed talks with the International Monetary Fund (IMF) for a loan and expects to reach a deal by April, Finance Minister has told Reuters, Tunis Numerique reports.
Sihem Nemsia, revealed that talks between two sides were suspended in July by President Kais Saied who rejected conditions for the multiple of millions of dollars loan.
Tunisia turned to the IMF last year for financial support to overcome economic hardship exacerbated by the pandemic.
IFM wants the North African to initiate a number of reforms including the subsidy scheme and a cut in civil service payroll as well as political reforms.
Tunisia has slid into political uncertainty and has been without a parliament since July 25 after Saied froze the activities of the state legislature and suspended the immunity of its members.
The Washington-based institution and international lenders got cold feet following Saied’s move.
Nemsia also indicated that the talks have resumed after Saied announced online consultations and legislative elections this year.
The resumption of talks come amid ever more harsh financial difficulties that have gripped the country. Tunisia struggled to pay January salaries of most workers on the government payroll. Early this week, the unions of university lecturers and basic education revealed that they did not receive their January salaries and threatened to stage strikes.
The Saied administration unveiled in December a national budget of over $16 billion including a $2.8 billion deficit.
Saudi Arabia has pledged to help close the gap with reportedly $500 million but provided that the IMF-recommended reforms are implemented.
Libya, plagued by internal divisions, is also keen to provide $500 million. Only Algeria so far transferred $300 million into the coffers of the Tunisian central bank.