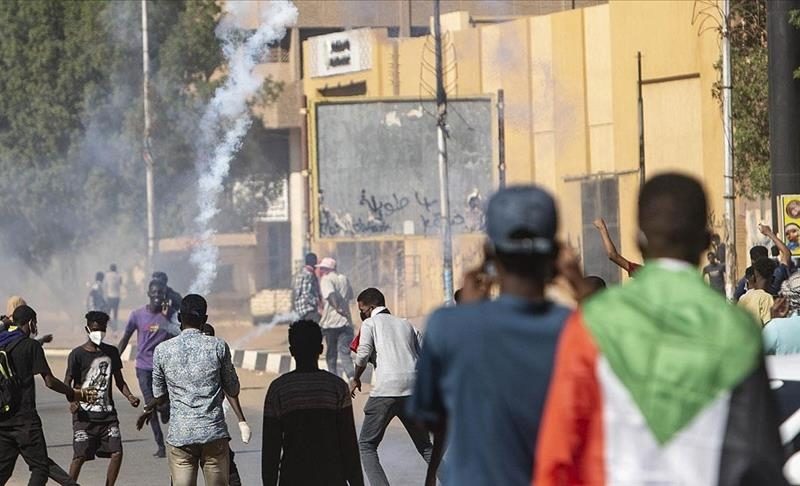 New popular demonstrations against the military coup took place this Monday, December 13, in Sudan, for the eighth time since October 25. The street is not letting up on the pressure on Abdallah Hamdok, who has been kept in his post as head of government by the military. A Prime Minister, who despite the protests and the close supervision of the army, continues to try to govern.
Abdallah Hamdok is not a career politician. But he knows the weight of strong gestures in politics, such as the replacement he ordered on Sunday of all governors appointed since the coup by the military.
The Prime Minister intends to show that he is in charge and that he has room to manoeuvre. In November, he had already dismissed the police chief and his deputy after the violent repression of peaceful demonstrations, and frozen or cancelled appointments in the administration of former President Omar al-Bashir’s loyalists.
However, he has still not formed the government of “technocrats” provided for in the agreement signed with the coup plotters. And his entourage continues to indicate that he could resign if it fails.
On Monday, December 13, tens of thousands of people once again marched in the streets of the country to denounce the October 25 coup and to reject the agreement signed a few weeks later by Abdullah Hamdok with the coup generals. The mobilization continues, a few days before the third anniversary of the revolt that led to the fall of Omar al-Bashir.