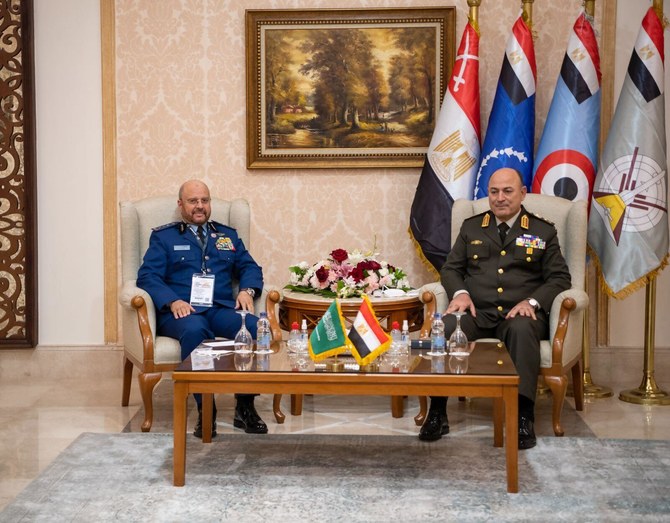 Egyptian Minister of Military Production Mohamed Ahmed Morsi and the president of the Saudi General Organization for Military Industries Mohammed bin Hamad Al-Mady discussed Monday the possibility of exchanging experiences and manufacturing technology, Arab News reports.
They met on the sidelines of the 2nd edition of Egypt Defense Expo (EDEX) that is taking places 29 November-2 December 2021 in capital Cairo.
Morsi called for integration between Arab countries in the defense industries field, especially between Egypt and Saudi Arabia, the Saudi media notes.
The Saudi official on the other hand invited Egypt to participate in the first World Defense Show in Riyadh, to be held next March, which will provide a unified platform for stakeholders in the military and security industries sector.
Both countries enjoy strong ties in many areas including security.