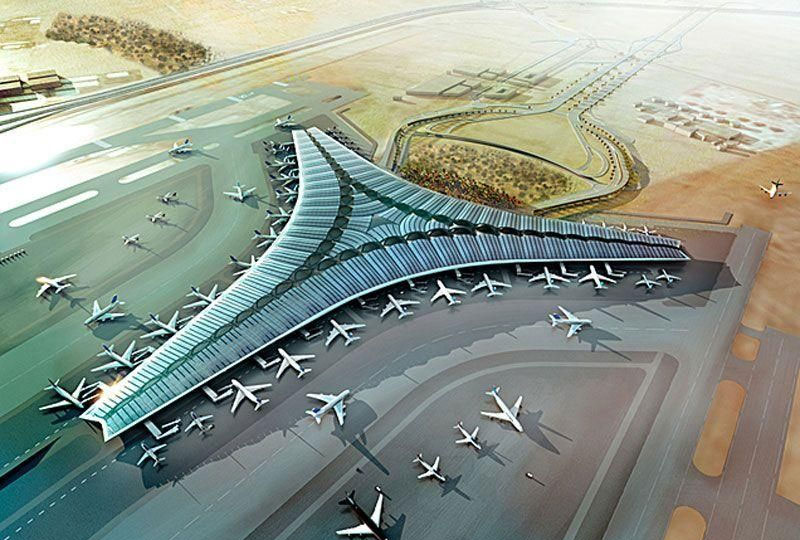 Kuwait has unveiled 14-project plan valued $8.2 billion to upgrade its main airport in capital Kuwait City, Trade Arabia reports citing local Arabic daily Al Anba.
The plan, unveiled by the Directorate General of Civil Aviation (DGCA) includes a new terminal, T-2 that is being built at an estimated cost of $5 billion at Kuwait International Airport that can accommodate 25 million passengers per annum in addition to a third runway and a control tower.
The terminal project designed Foster + Partners, will be developed by Limak Construction, a part of leading Turkish conglomerate Limak Group.
40 per cent of the project has been completed per a June report by Gulf Construction. Upon completion, T2, Gulf Construction noted, will be one of the most advanced and eco-friendly airports in the world and an iconic gateway to Kuwait. The other projects in plan also include an aircraft catering building and security services project.