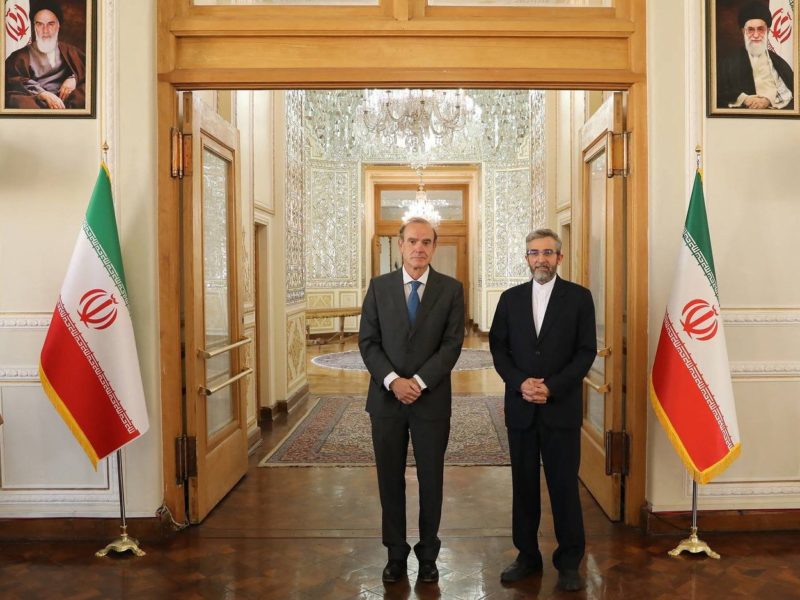 Nuclear talks between the Islamic Republic of Iran and the world powers will resume on Nov. 29, Teheran and the European Union (EU) have announced.
“The Joint Commission of the Joint Comprehensive Plan of Action (JCPOA) will convene in a physical format on 29 November in Vienna,” said the EU’s European External Action Service in a statement.
The union’s deputy foreign affairs envoy Enrique Mora will chair the talks that had been suspended for several months.
Britain, China, France, Germany and Russia will also attend the talks, the EU confirmed. “Participants will continue the discussions on the prospect of a possible return of the United States to the JCPOA and how to ensure the full and effective implementation of the agreement by all sides,” it said.
The U.S which pulled out of the negotiations in 2018 and willing to return said an agreement was possible if Iran was “serious”, Daily Sabah reports.
Iran’s top negotiator and deputy foreign minister Ali Bagheri on Wednesday tweeted he agreed on the date with Mora.
“We agreed to start the negotiations aiming at removal of unlawful & inhumane sanctions on 29 November in Vienna.”
Former US leader Donald Trump tore up the agreement and piled up new sanction of Iran.