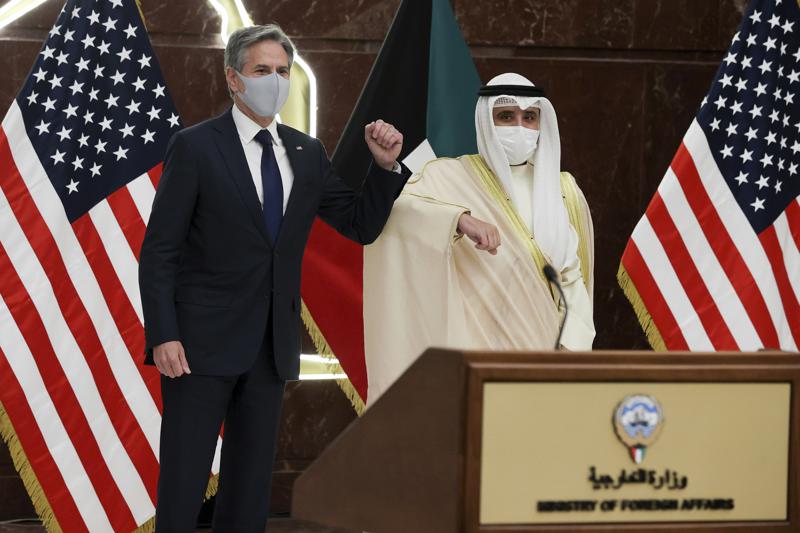 The US is in talks with Kuwait to accept the relocation of Afghans who helped American soldiers during the two-decade war in Afghanistan, reports say.

An American top diplomat who asked not to be named told Associated Press (AP) that Secretary of State Antony Blinken held talks with Kuwait foreign minister Sheikh Ahmad Nasser Al-Mohammad Al-Sabah over the issue but did not disclose any deal.

Kuwait is among a number of countries around the world approached by Washington to accept thousands of Afghans whose lives are at risk as US troop pulled out. The US is under pressure to evacuate Afghan interpreters, drivers, and other workers who helped US forces during the two-decade war.

The Afghan workers fear for their lives as the Taliban regained force and took control of swaths of the country.

Afghan allies have complained of a bureaucratic nightmare as they try to obtain the special immigrant visas offered to foreign nationals deemed to be in need of protection because of their cooperation with the US government, AP notes.

“The United States is committed to helping those who helped us during our time in Afghanistan over the last 20 years,” Blinken said at a joint press conference with his Kuwaiti counterpart.

“We’re actively engaged in that process and notably in relocation planning for those brave Afghans and their families.” There are reportedly more than 18,000 visa applications pending, some for as long as nearly three years.