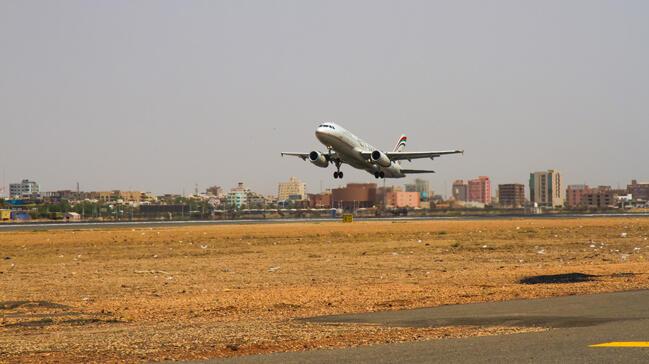 Sudan’s transitional Prime Minister Abdullah Hamdok has directed the Ministry of Transport initiate discussion with Turkish construction company Summa to resume the building of the country’s biggest airport suspended owing to change of leadership, London-based Al Quds reports.
Hamdok, media notes, with Selim Bora, the chair of the construction firm in the presence of the Sudanese Minister of Transport, Mirghani Musa.
The meeting came following Musa’s visit to Turkey May 27-28 to lure Turkish investment in the country now back on the international front after the removal of US sanctions.
Sudan in 2018 signed an agreement with Istanbul-based Summa to build a new airport 40 km from the capital, Khartoum, with international specifications.
The project, made of three phases, will cost $1.15 billion. The airport capacity Bora told Anadolu news agency in 2018, will reach 9 million in the second phase and 12 million in the third phase. The first phase will concern the construction of a terminal with a 6 million-person capacity along with all infrastructure services, runways, and airport aprons.
The project will be developed on the build-operate-transfer (BOT) model. BOT is an investment system that gives the developer an agreed period of privilege to operate the facility, during which it recovers the value of its investments and achieves some amount of profits, before returning it in good condition to the owner.
The project at design stage had been suspended in 2019 after revolution ousted former leader Omar Bashir who ruled the country for 30 years.