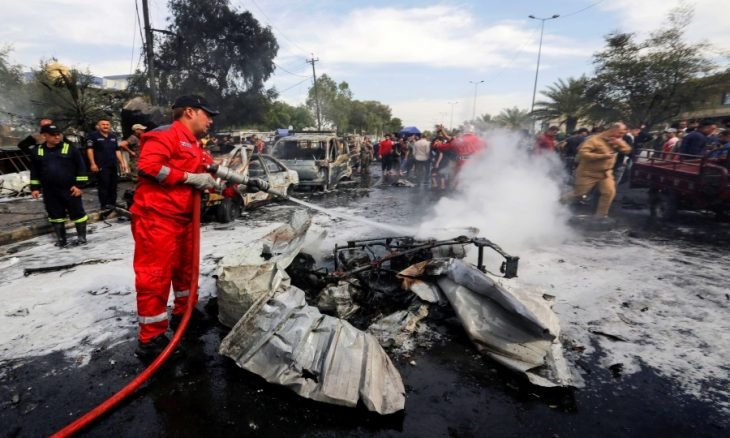 Two Iraqi security forces have sustained injuries after the explosive belt of a subside bomber busted as security forces shot dead the terrorist, London-based Al Quds newspaper reports.
The Iraqi defense ministry in a statement issued Thursday said security forces “managed to kill a suicide bomber wearing an explosive belt who tried to enter the National Security Directorate in Kirkuk Governorate”.
“The accident resulted in the injury of two security personnel with slight injuries after the explosive belt exploded due to being shot by the directorate guards,” the statement added.
The ministry did not mention the identity or the affiliation of the terrorist but the Middle East country is used to facing such acts from militants of the Islamic state group, ISIS.
Baghdad is still fighting remnants of the terror group despite declaring in 2017 victory over it.
Iraqi forces, the Palestinian media based in London notes, have intensified combing and raid operations in pursuit of the remnants of “ISIS” in conjunction with the increasing frequency of attacks by suspected militants of the organization, especially in the “Triangle of Death” between the governorates of Kirkuk, Salah al-Din (north) and Diyala (east).