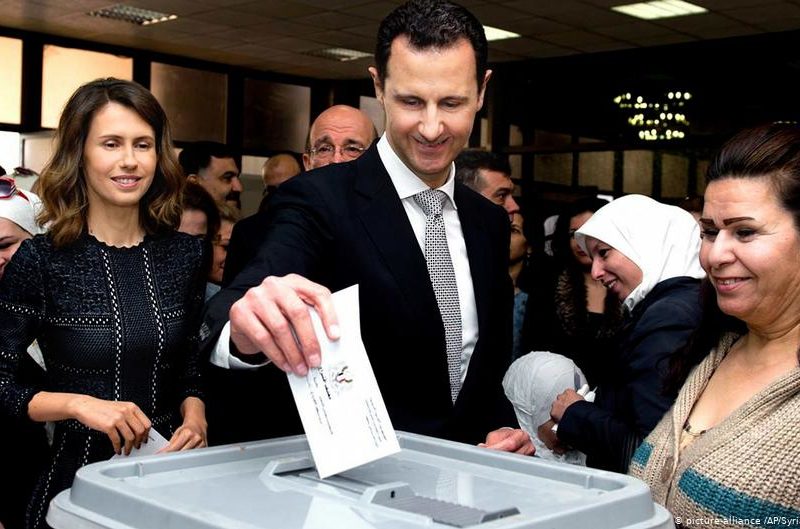 The Syrian parliament Sunday set May 26, the date for next presidential elections with incumbent Bashar al Assad expected to run for third term in office.
“I call on Syrians to exercise their right to elect the president,” parliamentary speaker Hammouda Sabbagh said after parliament announced the election date.
“Despite the expectations of Syria’s enemies, the presidential ballot will go ahead,” said Husam al Deen Khalsi, a politician from Latakia province, a bastion of Assad’s Alawite sect. “Our rulers have not followed Washington’s or Israel’s dictates.”
Candidates will have 10 days from Monday to bid for the elections, the second since the eruption in 2011 of the civil war opposing the President to rebel and terror groups.
Bashar, in power since 2000 following the death of his father Hafez al-Assad, faced two challengers in 2014 elections that he won by landslide.
The opposition rejected the victory that it branded charade. It also slammed the Sunday announcement as it questions the legitimacy of the parliament.
“We consider Assad’s parliament to have no legitimacy, and this is a theatrical farce and a desperate effort to reinvent this criminal regime,” said Mustafa Sejari, a prominent opposition figure.
The core opponents, living in exile, will likely not be able to run as one of the polls rules requires that candidates must have lived in Syria for the last 10 years.