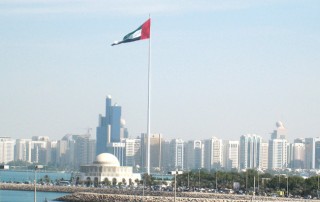 The Emirati capital Abu Dhabi has removed the requirement for license for alcohol buyers and set minimum age at 21. A circular from Abu Dhabi’s Department of Culture and Tourism made public on September 15, said residents and tourists will be permitted to buy and possess alcohol from licensed retail shops and are allowed to drink within tourism and hotel establishments, clubs and independent outlets.
Prior to the new regulations, buyers required a license to purchase, transport or consume alcohol at home. The regulations also require that buyers be 21 years old and add that purchase should be for personal consumption only and not for resale to others or storage.
The publication of the new rules occurred the same day as the UAE signed officially normalization ties with Israel. US President Donald Trump who brokered the deal last month hosted at the White House the official signing ceremony.
Since the agreement was inked, several UAE companies signed cooperation agreements with their Israeli counterparts. It is expected that both countries tourists travel across borders.