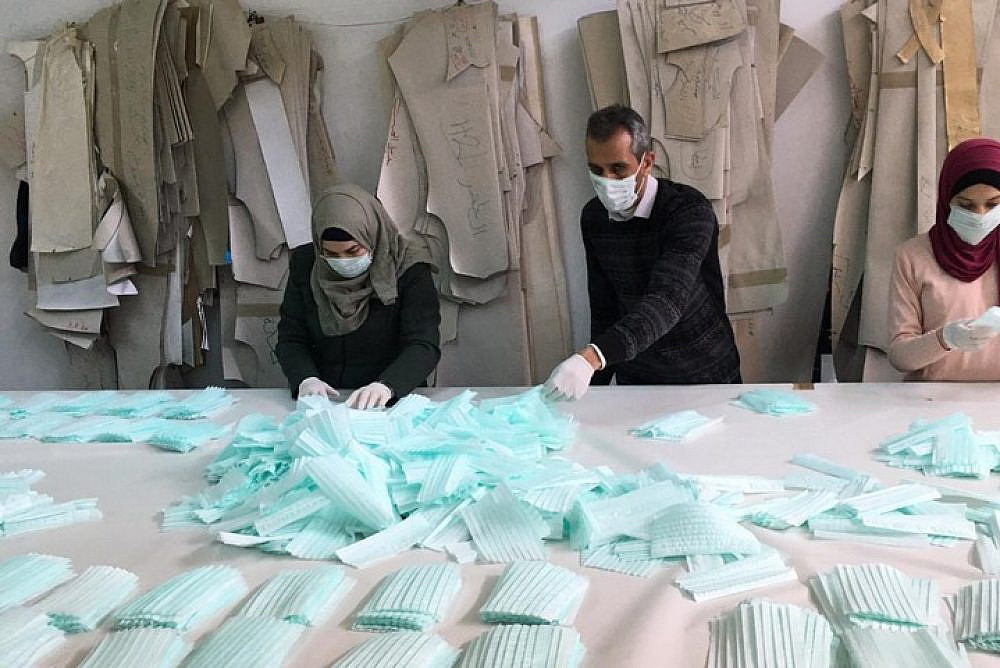 Sewing factories are producing protection masks for local and international markets including Europe amid the coronavirus pandemic, Middle East Monitor (MEMO) reports.
One of the factories administrator, Abdullah Shehadeh from Hasco sewing factory, reportedly said 40 workers have at work to meet demands.
They are doing this to help people in Europe and support their efforts to tackle the virus, Shehadeh noted adding that human life is above all political differences.
The European Union (EU) as well as U.S and Israel consider Hamas, ruler of the Strip as terrorist organization. The territory described as an “open prison” has been under Israeli blockade since 2006 when Hamas won elections.
Hamas’ s health ministry Sunday confirmed 15 cases after two new cases were diagnosed. The movement has accused Israel for not allowing more medical equipment into the territory.
“Israel will be the one that bears responsibility for an outbreak of the virus in the Gaza Strip; and therefore it must make it easier for shipments of aid to arrive and it is the one who needs to send these medical means,” said Khalil al-Hayya, the deputy Hamas leader in Gaza, according to the Ynet news site.