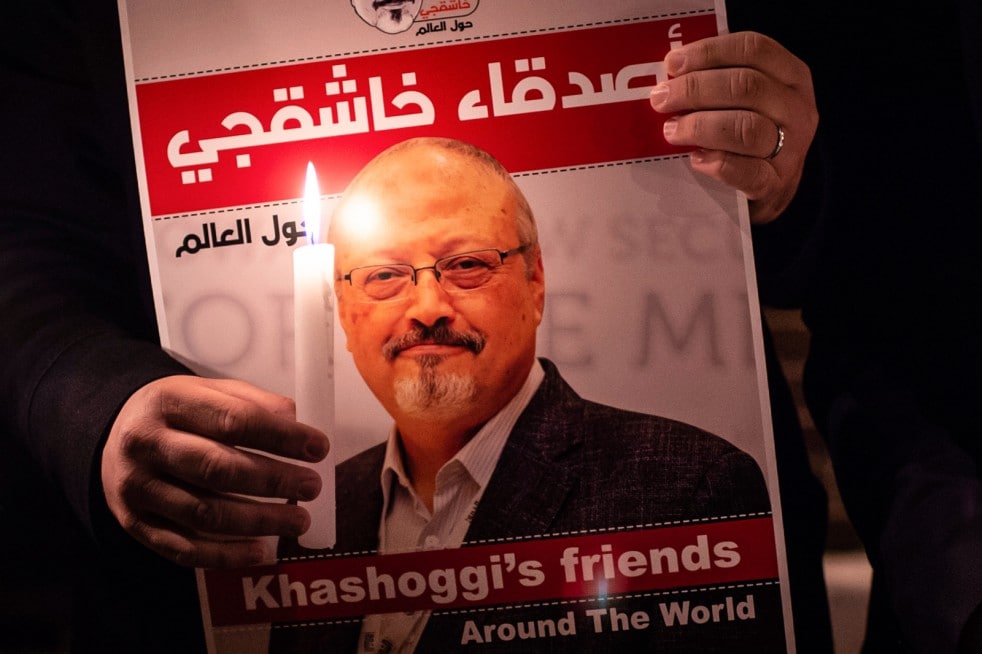 Turkey’s prosecutors Wednesday sought aggravated life sentences for 18 accused in the 2018 killing of journalist Jamal Khashoggi in the Saudi consulate in the city of Istanbul, Turkish news agency Anadolu reports.

The Istanbul Chief Prosecutor Office, the agency said, has identified a total of 20 people in the assassination. The office also said two others were charged for “incitement to first degree murder”.

The journalist, who had fled the kingdom and established a residence in Washington, was butchered and cut into pieces by a Saudi hit-man squad sent from Riyadh.

Khashoggi entered the consulate compound on October 02 and never came out.

Turkish security authorities released a set of tapes in which the operatives could be heard interacting with the prominent journalist before his murder and how they killed him.

Saudi Arabia first denied the killing arguing that Khashoggi was killed in a brawl but later confessed and sentenced five people to death and three more to jail.