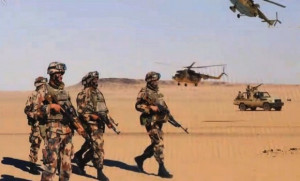 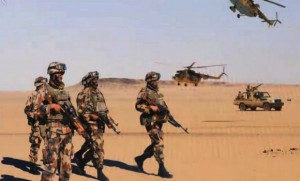 A soldier has been killed in a suicide car bombing that targeted a military barracks in southern Algeria, local media reported. It was the first such attack in the country for several years.
It is not known who was behind the bombing, which happened on Sunday.

According to the defense ministry’s statement, the bombing took place in the Bordj Baji Mokhtar region.

“The soldier in charge of access managed to stop the suspect vehicle from entering. However the suicide attacker blew up the vehicle, causing the death of the soldier on guard,” it added.

Conflict in neighboring Libya and deteriorating security conditions in Mali have contributed to increased militant activity in the Sahara and Sahel areas of North Africa.

Algeria is already wrestling with a major political crisis after a year of mass protests that helped oust the veteran president.

Last week, Algeria’s president pardoned almost 6,300 prisoners, but scores detained as part of an anti-government protest movement will not benefit from the move.

The pardon came two days after the president issued a similar pardon for almost 3,500 other prisoners.

The measure does not apply to those imprisoned for crimes including terrorism, treason, espionage and corruption.

President Tebboune was elected president on December 12 in a poll marred by an official turnout of less than 40 percent.

Nearly a year after the movement began, Hirak protesters continue to demand systemic reform and the resignation of government officials.