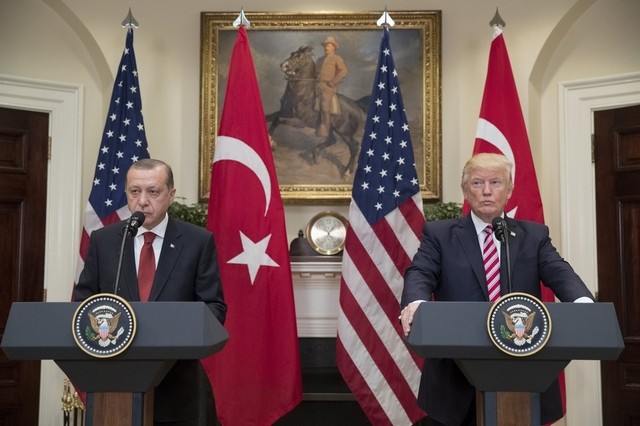 The White House Monday said President Donald Trump is open for a future meeting with his Turkish counterpart Recep Tayyip Erdogan who extended him an invitation to visit Ankara as ties between the two NATO allies warm again following few years of frost relations.

“President Erdogan invited President Trump to visit Turkey in 2019. While nothing definite is being planned, the President is open to a potential meeting in the future,” a White House spokesperson said.

Turkey views the YPG as a “terrorist offshoot” of the outlawed Kurdistan Workers’ Party (PKK), which has been waging an armed fight against Ankara since 1984.

The YPG has been a key ally of the US-led international coalition fighting ISIS in Syria since 2014.

Trump’s decision to pull out American forces, according to both Turkish and American officials, came following a phone conversation with Erdogan. The US leader also indicated that he believes in Erdogan in the fight against the terror group.

In addition to the invitation, a Turkish foreign ministry delegation would go to Washington for talks early January while a US military delegation would arrive this week in the Turkish capital to discuss how to coordinate the US withdrawal, reports say citing Erdogan’s spokesman, Ibrahim Kalin.

The developments signal a diplomatic revival between the USA and Turkey, NATO allies.

Washington last week approved the sale of $3.5 billion in missiles to Turkey despite a reluctance after Ankara neared Moscow to buy a rival military equipment.

Ankara recently freed a US pastor detained in Turkey for supporting the July 2016 botched military coup against Erdogan. The White House maintained that Evangelical leader was unfairly nabbed.