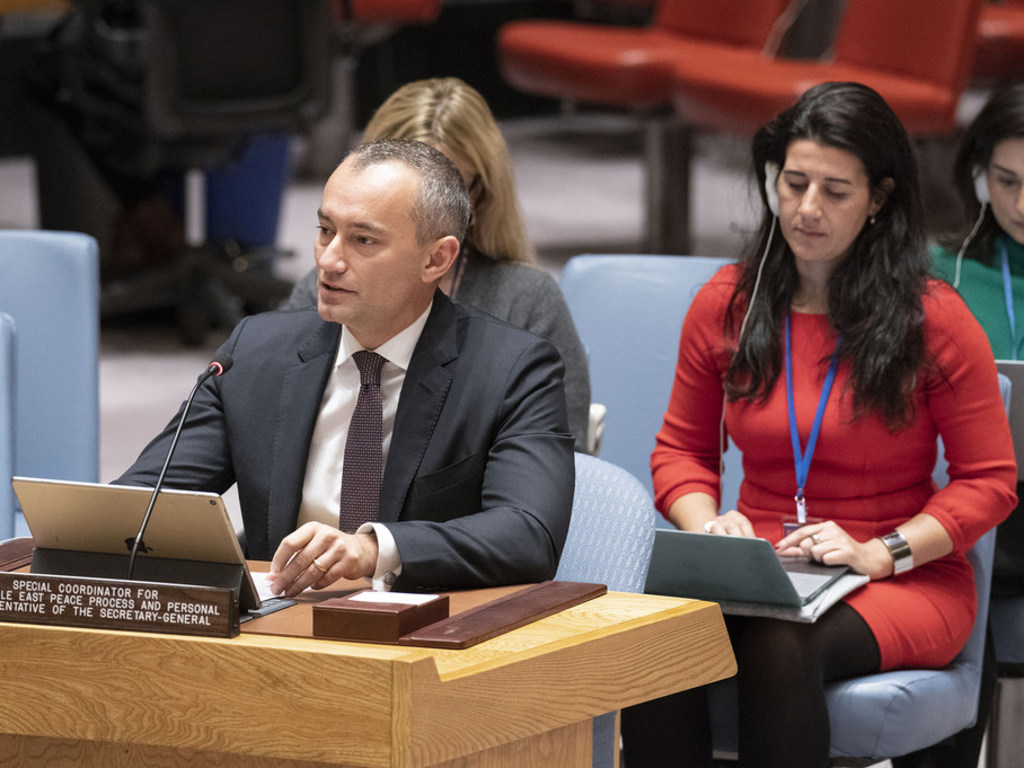 Recent violence and rising tensions in the West Bank are fueling a climate of hatred and fear, “driving both Israelis and Palestinians further away” from a resolution to the conflict, the United Nations envoy for the Middle East Peace Process has said.

Briefing the Security Council on Tuesday, UN Special Coordinator Nikolay Mladenov, underscored that there can be “no justification” for brutal acts, such as the “heart-breaking” death of an Israeli baby last week, reportedly killed following a drive-by attack; or the killing of a Palestinian woman in October, who was reportedly stoned to death, while driving.

“They feed mistrust and hatred,” he added, calling on all stakeholders to “join the UN in condemning them unequivocally.”

Mr. Mladenov also cautioned against continuing instances of inflammatory rhetoric and provocation, noting that such “highly dangerous” incitements threatened to push an “already volatile situation past the boiling point.”

“Such rhetoric, particularly if it denies the right of existence of one of the sides, or their right to statehood, or glorifies terror, is dangerous and plays into the hands of extremists beyond Israel and Palestine,” he warned.

On the humanitarian side, efforts to provide essential support to vulnerable Palestinians are severely hampered by rising needs, severe funding cuts, restrictions in operating space and attempts to “delegitimize” reputable relief organizations, Mr. Mladenov said, urging the international community to support the Humanitarian Response Plan for the region into 2019.

Turning to Gaza – where the situation deteriorated significantly this year – the senior UN official reiterated that the only way to ensure long-term peace in the enclave was through the reunification of Hamas-controlled Gaza and the Palestinian Authority in the West Bank, under a single, legitimate and democratic Authority, as well as through the end of Israeli occupation. It is “critical”, he added, that the Egyptian-led intra-Palestinian reconciliation process continue, even though there has been no progress of late.

“The UN stands firmly in support of Egypt’s efforts in this regard and urges the parties to make serious efforts to ensure the return of the legitimate Palestinian Government to Gaza”, Mr. Mladenov said, underscoring that “Gaza is, and must remain, an integral part of a future Palestinian state as part of a two-State solution.”

Concluding his briefing, the UN Special Coordinator for the Middle East Peace Process voiced concern over an “absence of collective efforts” to achieve an end to the occupation and the realization, of a negotiated two-State resolution of the Israeli-Palestinian conflict, in line with relevant United Nations resolutions and previous agreements.

“I believe that I speak on behalf of all of us today when I say that we all share a concern that at the end of 2018 we are nowhere closer to reviving efforts for a negotiated solution,” he said.

“It is only by realizing the vision of two States living side-by-side in peace, security and mutual recognition, with Jerusalem as the capital of Israel and Palestine, and all final status issues resolved permanently through negotiations, that the legitimate aspirations of both peoples will be achieved.”