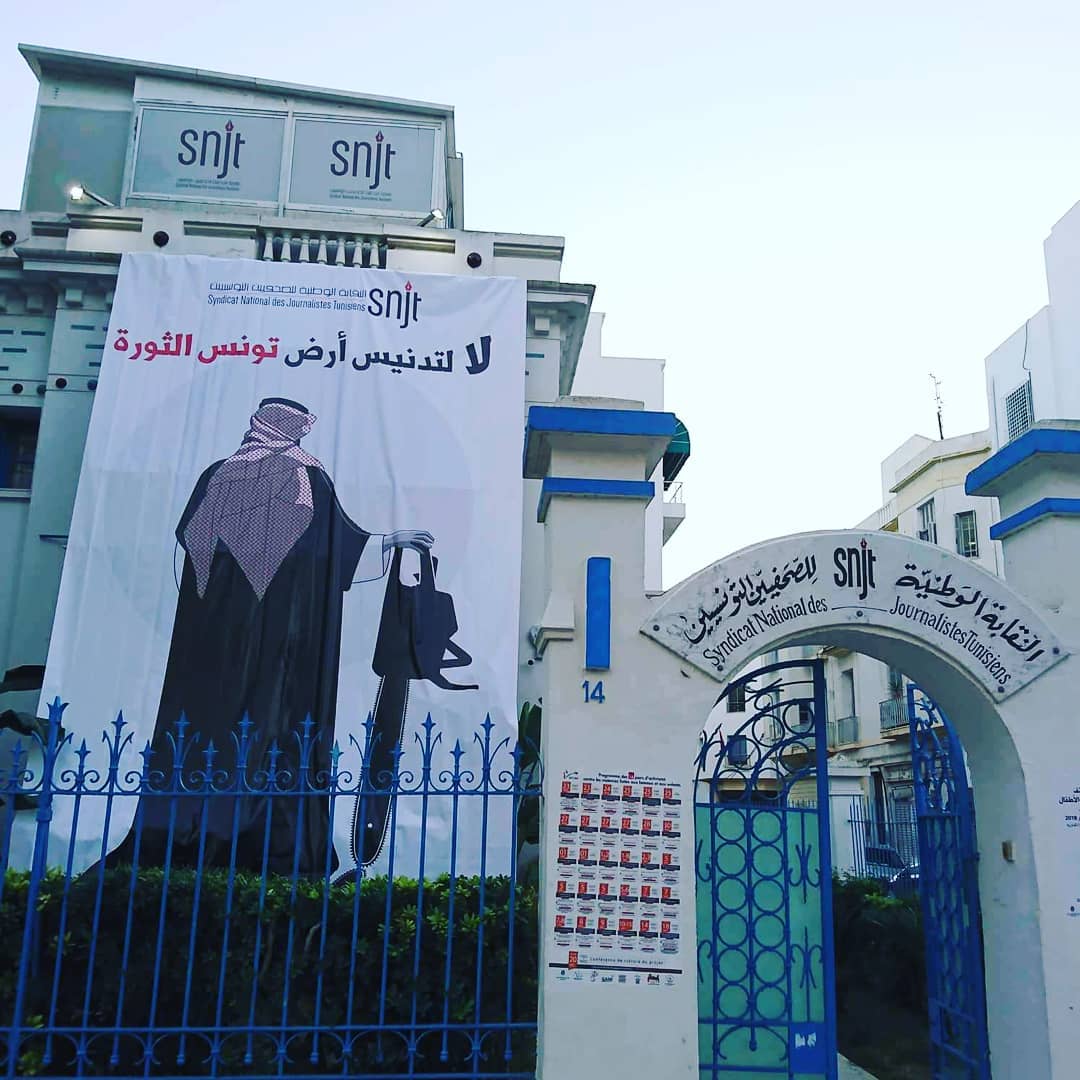 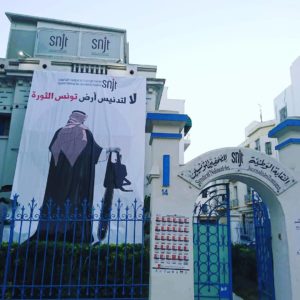 Syndicates and rights activists took to the street Monday and Tuesday to protest the visit of the Saudi Crown Prince Mohamed bin Salman (MbS) marred in the controversy surrounding the assassination of his critic Jamal Khashoggi in the Saudi consulate in Istanbul, Turkey, on Oct.02.

MbS is set to visit the North African country this Tuesday as part of his first international tour since Khashoggi’s killing and amid international pressure with US Central Intelligence Agency (CIA) establishing him as the mastermind of the assassination following an investigation of the crime-related tapes given by Turkish authorities.

Turkey has indicated that Khashoggi was killed and dismembered with an electric saw by a hit-man squad dispatched by Riyadh. Ankara also stated that the killing was ordered from the highest level of the Saudi establishment.

Tunisian unions and civil society groups called for protests, with the cities of Tunis and Sfax being the centerpieces of anti-MbS demonstrations, reports say.

Protest banners were placarded in Tunis, showing the 33-year old Crown Prince holding an electric saw. The banners read: “No to the stepping on the land of Tunisia, [the land of] the revolution”.

An open letter to Tunisia’s president from the journalist union slammed the visit which “constitutes a danger for the safety and the peace of the region and the world, and is a real threat to freedom of expression”, The New Arab reports.

The journalists regard the visit as a blatant violation of the Tunisian revolution.

On Friday however, the Tunisian presidency said the Saudi leader’s visit was welcome.

“He is welcome in Tunisia, like the rest of the Arab brothers. Saudi Arabia has an important role in the Arab region,” Nourredine Ben Ticha, an adviser to Tunisia’s President Beji Caid Essebsi, said.

But this sentiment was not shared by many Tunisians.

Under the title “No to polluting revolutionary Tunisia”, Tunisian journalists and 12 civil society organisations held a press conference on Monday at the headquarters of the syndicate, condemning their government for hosting bin Salman.

Tunisia was the cradle of the 2011 Arab Spring that swept away autocratic ruler Zine El-Abidine Ben Ali who has been in exile in Saudi Arabia despite being sentenced to prison over several charges including corruption.