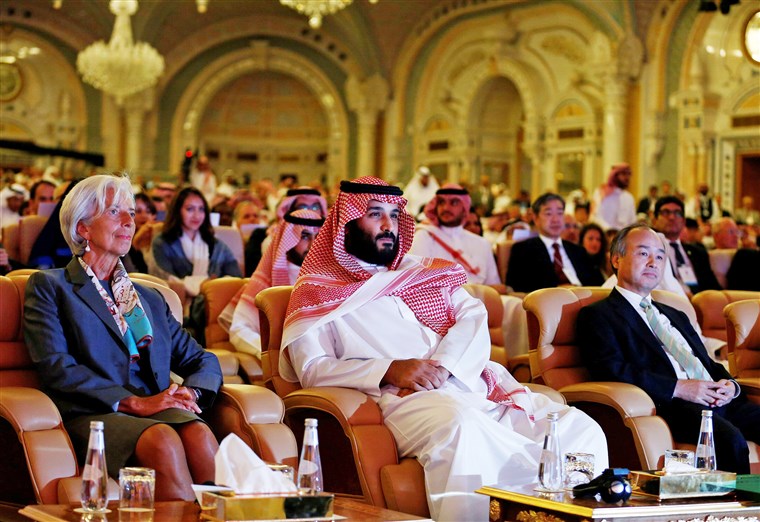 A horde of leaders of multinational media and giant companies have expressed their intentions to stay away from a major investment conference to be held in Saudi Arabia later this month.

The decision comes following the mysterious disappearance of Jamal Khashoggi, a Saudi prominent journalist who has gone missing since October 2 in the Gulf country’s consulate in Istanbul, Turkey.

The kingdom is finding itself isolated as many of the expected attendees at its “Davos in the desert” event, scheduled for October 23, have reviewed their plans to take part in the investment conference.

The Economist’s Editor-In-Chief Zanny Minton Beddoes will not participate in the Future Investment Initiative conference in Riyadh, Reuters reports citing Lauren Hackett, spokesperson for the media.

Also among the boycotters, Andrew Ross Sorkin, a CNBC anchor and New York Times business journalist. Sorkin Twitted he was pulling out of the event. He added he was “terribly distressed by Khashoggi’s disappearance.”

The event sponsor, The New York Times Co (NYT.N) has scrapped its sponsorship in solidarity with Khashoggi, who disappeared after entering the consulate ob Oct.2 to get documents for his planned marriage with his Turkish fiancée.

The Financial Times another media partner is also reviewing its plans.

CNN and Bloomberg, also expected in the event, are yet to make clear their positions.

Aside from media leaders, some global companies have distanced themselves from the conference in the Saudi capital.

Uber Technologies Inc [UBER.UL] will not be part of the gathering after its CEO Dara Khosrowshahi tied his participation to the emergence of different set of facts from the ongoing investigations into Khashoggi’s mysterious disappearance.

The various pullouts are the first repercussions in the relations between the kingdom and the world. The Gulf country appears to have shot a bullet into its foot in the case of the journalist who left the kingdom more than one year ago to settle in Washington where he has written several articles for The Washington Post in which in criticized the policies of the royal court.

On Wednesday, former US Energy Secretary, Ernest Moniz said he was suspending his participation on the board of advisors of the Saudi NEOM futurist city, until he learns new facts on alleged assassination of the journalist.

Turkish security sources believed Khashoggi was killed in the consulate. They have not backed their claims with evidence. Their claims came following Saudi’s statement saying the dissenter left the diplomatic building without providing CCTV footage of his exit.