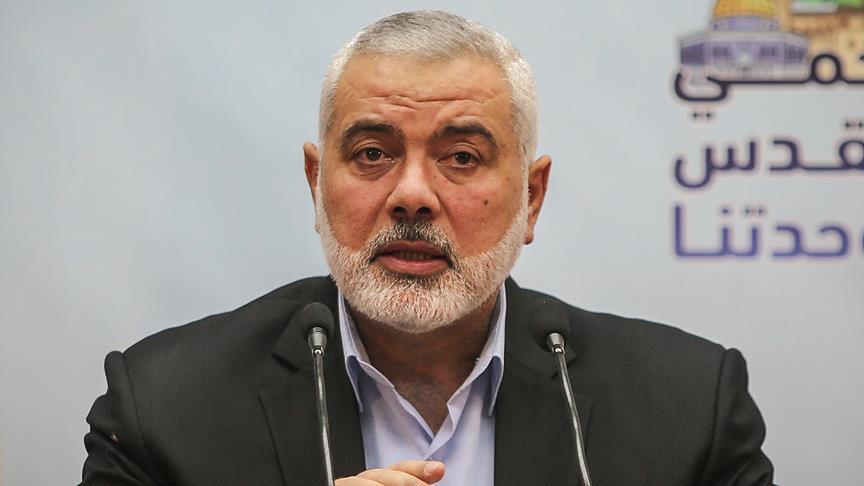 Haniyeh, according to his office, spoke with Egypt’s intelligence head Abbas Kamel to inform him of his movement’s backing for a fresh Egyptian-brokered push, The New Arab reports.

Talks between the two officials centered on “latest developments in the Palestinian issue and especially the reconciliation file and humanitarian projects for the people of the Gaza Strip”, the office also noted a in a statement.

Egypt managed to tie Hamas and Fatah as well as other Palestinian groups to a reconciliation deal in October but the project failed over implementation after Hamas refused to lay down its military arsenal as requested by the Palestinian Authority (PA) dominated by Fatah.

The deal received a blow after PA Prime Minister Rami Hamdallah in March narrowly escaped an assassination attempt after a road bomb hit his motorcade on his way to a ceremony in the Gaza.

Hamas took control of the impoverished strip in 2007 after a bitter arm struggle with Fatah, one year after winning elections.

Israel then imposed a tight blockade on the enclave.

Egypt has also held closed almost permanently its border with the Palestinian Strip defined by humanitarian organizations as the world’s largest prison crammed with over 2 million people living in dire conditions.